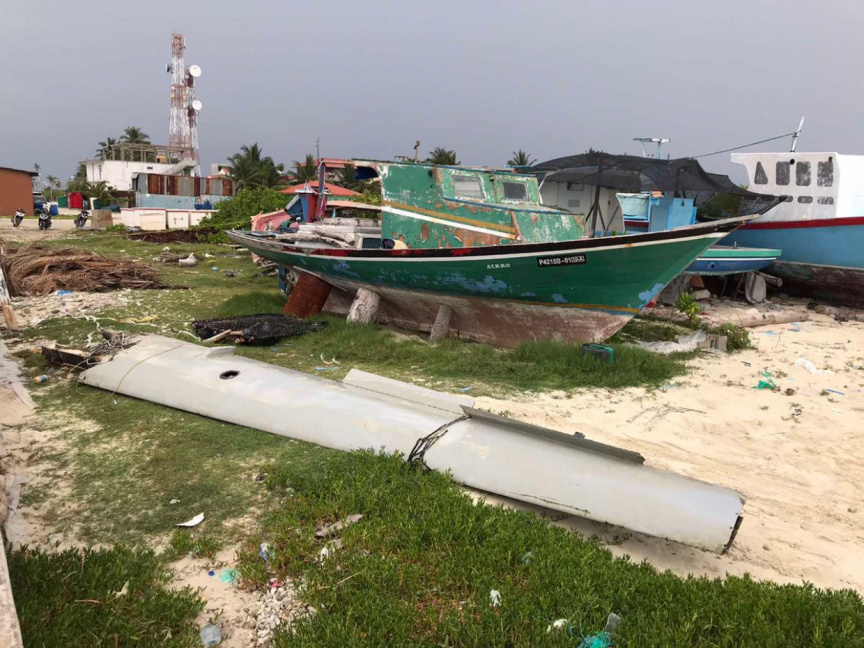 The wing of an aircraft has been spotted near the waters of Dh. Meedhoo today.

The aircraft wing was found in the evening. Meedhoo Council President Iyaaz Ismail said that the wing was spotted drifting near the island.

“Islanders brought it to shore after they found it drifting.” Said Iyaaz.

The wing measured 22-25 feet and had collected seaweed and plankton due to its time at sea.

“There was no logo or insignia visible,” said Iyaaz who added that the police and MNDF had been made aware of the unusual finding.

The flight had disappeared without a trace and was believed to have crashed into the Indian Ocean by experts who spent more than a year scouring the area where the plane last made contact with satellites. Experts were also left baffled by how the plane seemingly changed course opposite to its destination.