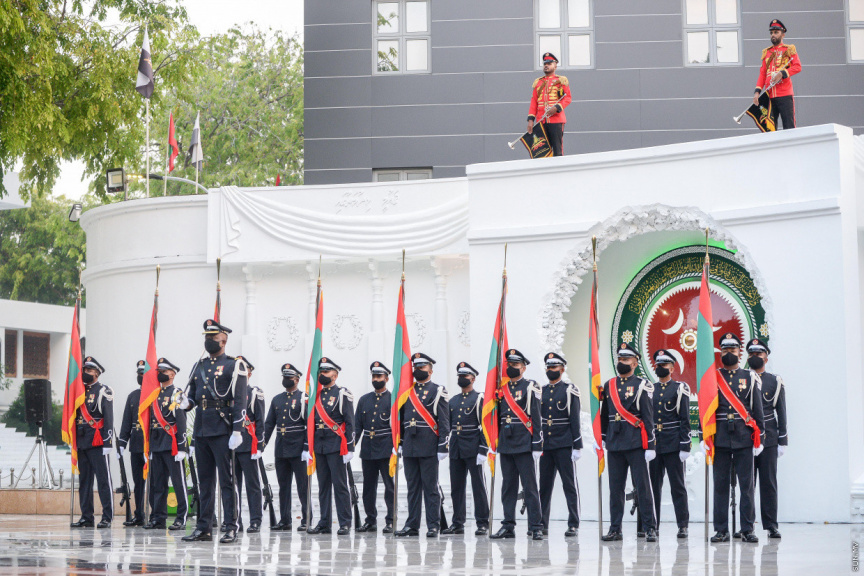 The ceremony to mount the guard and flag at the memorial monument on the occasion of Victory Day has been held.

The ceremony was attended by Defense Minister Mariya Ahmed Didi, and was held in the morning.

The renewal of determination for military men was also held, which was officiated by Vice Chief of Defense Force Brigadier General Abdul Raheem Abdul Latheef.

Those present with the armed forces during the attack on November 3 was also present at the ceremony today. Flag raising ceremonies were also held at the MNDF Southern Area, Central Area and Northern Area. A large number of military men took part in the ceremonies.

'No country can protect itself by remaining isolated'