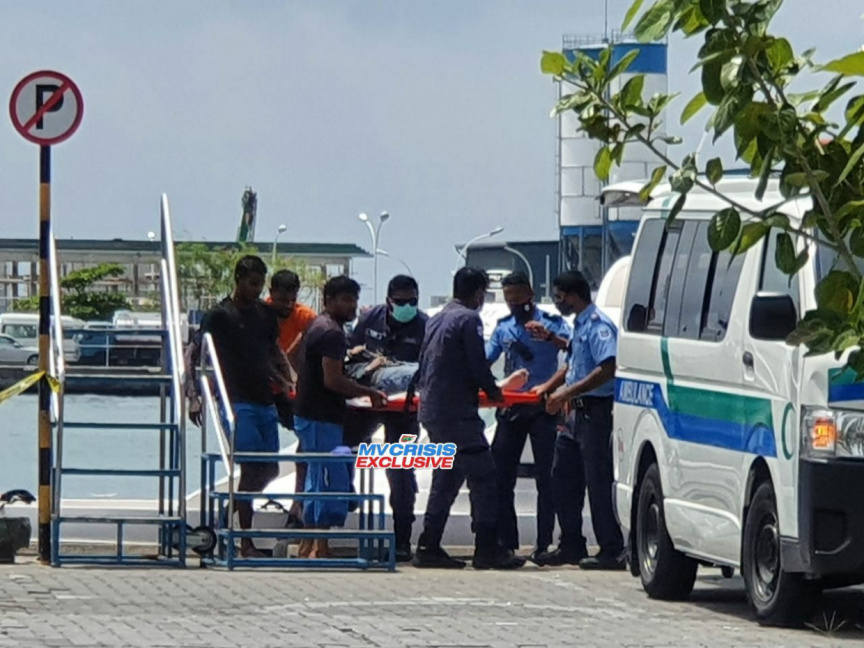 Police officers are seen loading the body of a person onto an ambulance after being found dead at sea near Male' City on October 23, 2020. (Photo/Mvcrisis)

Police have confirmed that an autopsy examination is to be conducted on the dead body found at sea today.

A police message read that since it could not be confirmed that the death was by natural causes, a post mortem examination is to be conducted.

The body has now been taken to the mortuary according to police officials.

No further details were provided by police.