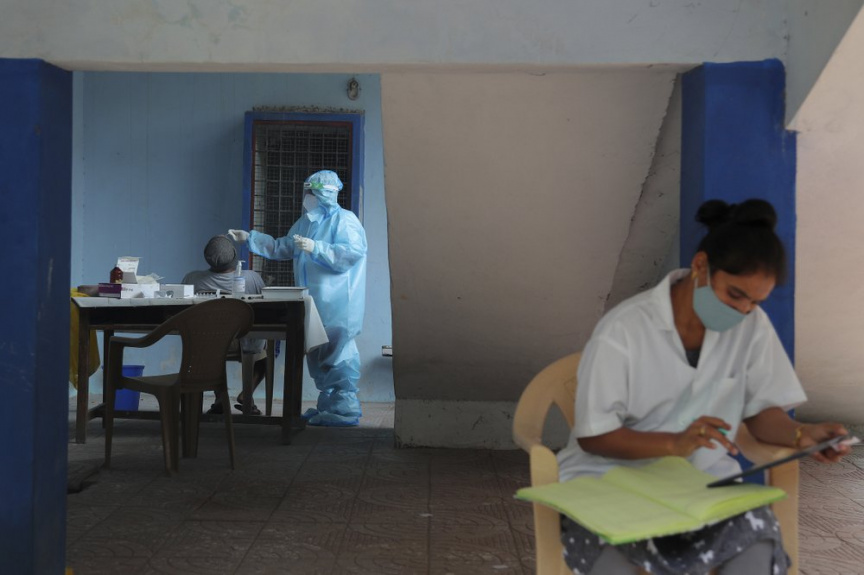 NEW DELHI — India has reported below 60,000 new coronavirus cases for a fifth day as the promise of a free COVID-19 vaccine turned into a key state election issue.

The Health Ministry says 54,366 new cases have taken the overall tally past 7.7 million on Friday. It also reported 690 deaths in the past 24 hours, raising total fatalities to 117,306.

India recorded a daily average of more than 61,000 cases last week. The ministry also said India’s active caseload was below 700,000.

A political row erupted after Prime Minister Narendra Modi’s Hindu nationalist party promised free vaccination to people in eastern Bihar state where voting is scheduled to begin next week. Bihar is India’s third largest state with a population of about 122 million people.

Finance Minister Nirmala Sitharaman, releasing the party’s election manifesto, said every Bihar resident will be given free vaccination when it becomes available. She said at least three vaccines have reached the last trial stage and are on the cusp of production.

The promise angered the Congress and other opposition parties, which accused Modi’s party of politicizing the pandemic and playing on people’s fears.