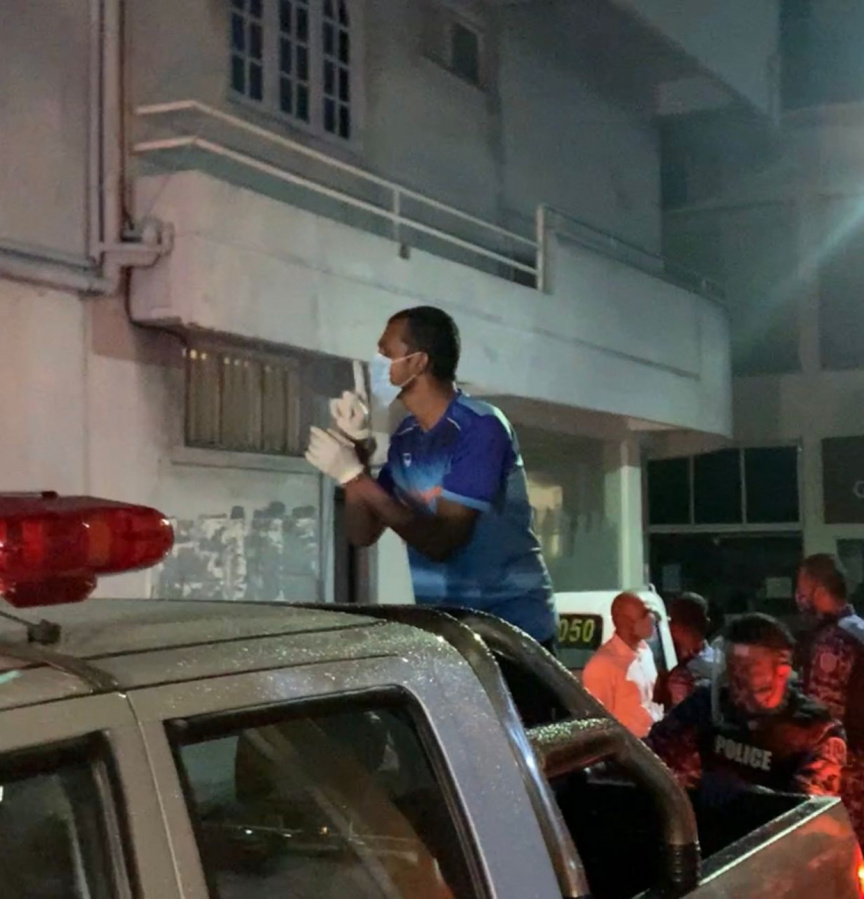 A local man alleged of involvement in terrorist activities abroad being arrested.

The Criminal Court of Maldives has ordered the detention of a local man alleged of involvement in terrorist activities abroad.

The individual was arrested last night after returning to the Maldives yesterday. The Criminal Court today ordered him to be detained for a period of seven days while the investigation continues.

According to Commissioner of Police Mohamed Hameed, the suspect is a 34-year-old Maldivian man. He is on the potential list of Maldivian Foreign Terrorist Fighters (FTF), said Hameed.

The police also conducted a search operation at his residence. The case is under investigation by the Serious and Organized Crime Department.

Hameed has previously stated that 423 Maldivians are recorded to have attempted to travel overseas to join terrorist activities in Iraq and Syria, and that 173 of them succeeded.

He said that hundreds of Maldivians were also recorded to have engaged in terrorist and extremist activities in Afghanistan and Pakistan, and that police had received intelligence that some of them returned to the Maldives and were involved in propagating their beliefs.

According to records released by the National Counter-Terrorism Center in December last year, 81 Maldivians who traveled to Syria are alive, 73 of them women and children.

Many of the Maldivian men who traveled to Syria have died, leaving their widowed wives and children stuck in refugee camps unable to return home. Their families have appealed to the government to allow them to return back home.

A De-radicalization and Rehabilitation Center has been built in K. Hinmafushi to rehabilitate Maldivians who return after engaging in militant activities overseas.