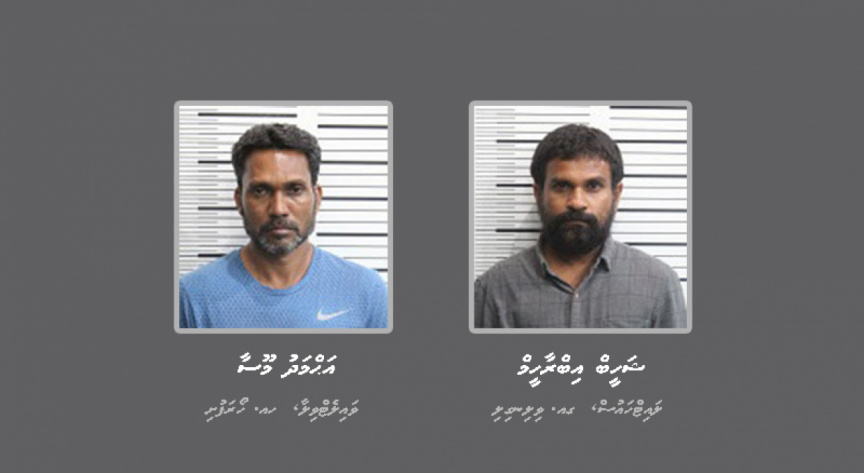 Police revealed the identities of those arrested in connection with a drug bust in Hulhumale' on October 12, 2020.

Police have revealed the identities of individuals arrested in the drug bust from a fishing vessel in the harbor of Hulhumale on October 12, 2020.

Those arrested include a council member of the People’s National Congress (PNC) party. The drug bust saw more than 130 kg of drugs seized from the fishing vessel involved in yellowfin tuna fishing.

Police have alleged that the ringleaders of the drug network are Shaheeb Ibrahim from Lighthouse, G. A. Villingili, and Ahmed Moosa from Violetvilla, H. A. Hoarafushi.

Shaheeb Ibrahim is the councilor of PNC and even contested for the Parliamentary seat for Villingili in the most recent parliamentary elections. He contested as an independent candidate in the election.

Police said that the drugs were transported to the Maldives via sea by the network working with foreigners and that the fishing vessel was used for the purpose. The drugs seized were methamphetamine and heroine.

Three residences in Hulhumale’ and two in Male’ City were searched in connection with the bust.

Police also said that Shaheeb has connection with a massive drug bust from an Iranian boat in Maldivian waters last year. Shaheeb was released after by the Criminal Court after he and seven other Iranian nationals were detained in the bust.