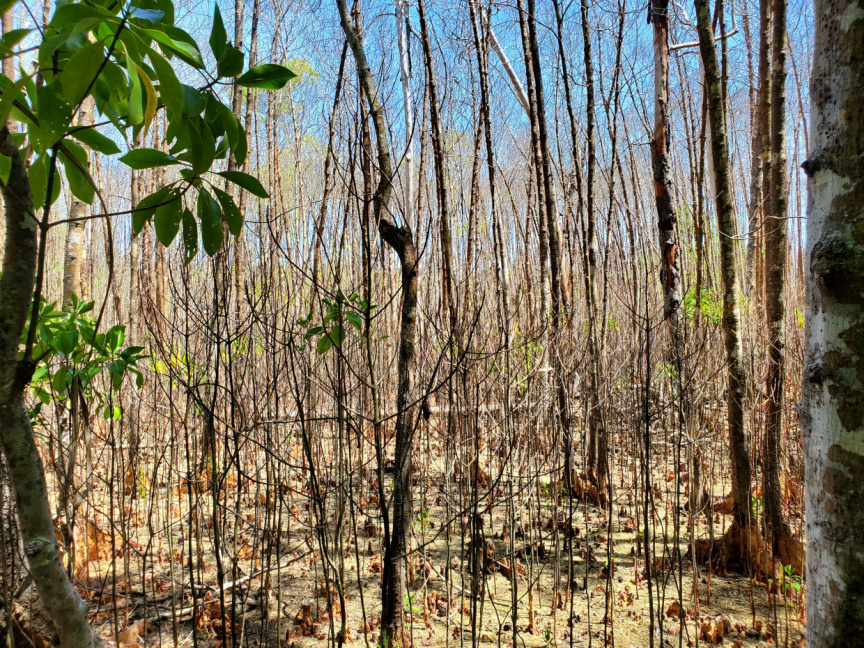 Environmental Protection Agency (EPA) is being assisted by the Cochin University of Science and Technology (CUSAT) of India to determine the cause of the die-off of mangroves in several Maldivian islands.

EPA held a virtual meeting with officials from CUSAT this Tuesday, during which discussions were held regarding the mangrove die-off phenomenon.

CUSAT is assisting the agency with PCR and DNA sequence analysis to determine the possible presence of plant pathogen and pests, as well as in analyzing soil and water quality samples taken from mangrove forests in Maldives.

According to EPA, the studies were facilitated with the assistance of the Indian High Commission in Male’.

The agency has extended their thanks to both CUSAT and the Indian High Commission.

The large-scale die-off of mangroves in Maldives came to attention back in March. The first cases were reported from H. A. Kelaa and H. Dh. Neykurendhoo. The phenomenon has since been reported from 11 islands, including Sh. Feydhoo, H. A. Uligan, and G. Dh. Hoadedhoo.

Authorities conducted field surveys to determine the cause of the phenomenon in Kelaa and Neykurendhoo, but have yet to publish the findings.

Maldives is home to 15 mangrove species, including the rare bruguiera hainesii species, one of the two critically endangered mangrove species listed in the IUCN Red List of Threatened Species.

The rare mangrove species was discovered from Kelaa in March.

The mass die-off of mangroves has created alarm among environmentalists, who have called on authorities to take stronger action to determine the cause of the phenomenon and protect the mangrove forests.