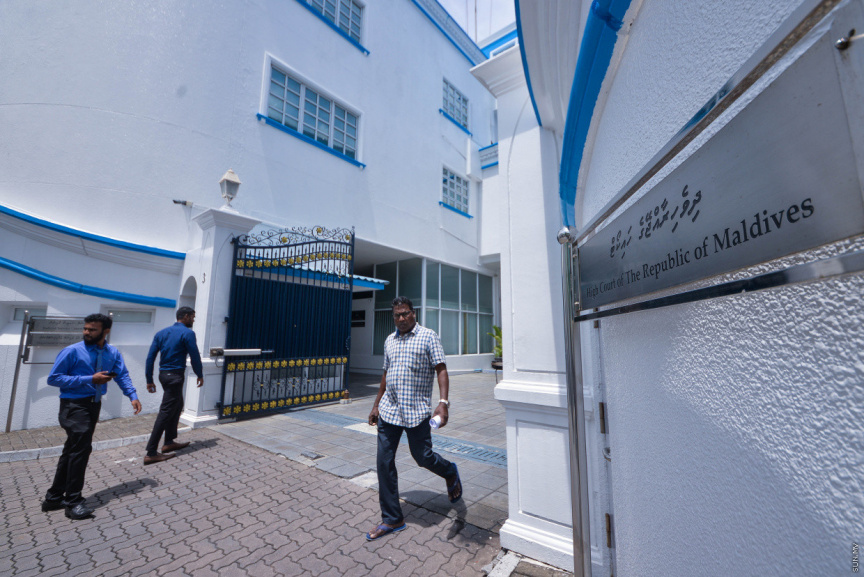 Hearings in the appeal case of Yacht Tours v Allied Insurance at the High Court has been commenced.

Kaashidhoo MP Abdulla Jabir has a stake in the Yacht Tours company. The Civil Court had ruled against Allied Insurance in the initial hearings of the case, ordering the insurance company to pay USD 22.78 million to Yacht Tours. The case was appealed to the High Court by Allied Insurance.

The case is regarding the H.A. Alidhoo resort which is insured at Allied Insurance.

The resort’s water villas suffered damages during bad weather in 2014 which is covered under the insurance policy of Allied, according to Civil Court rulings. The court also ruled on July 19, that Yacht Tours could claim USD 22.78 million and ordered Allied Insurance to pay the amount within six months.

Yacht Tours requested the Civil Court for a court order to implement the ruling after Allied Insurance failed to pay the initial payment of USD 3.8 million in the first month.

However, Allied later appealed in the case and requested an injunction for the payments.

In the High Court hearing today, Allied Insurance lawyers said that if the injunction was not granted, the company could suffer irreparable damages to the business.

Yacht Tours, however, argued that court orders by the Civil Court were halted when cases were appealed to the High Court as per the common practice. Yacht Tours lawyers argued that there was no need for such an injunction.

The Court also heard seven points for appeal by Allied Insurance. They include incorrect insurance policies, and that the Civil Court had not taken into account the procedural issues noted by the company.

The lower court had also failed to calculate and take into account the amount of damage Yacht Tours was owed and had violated the Judges Act for not taking into account the necessary evidence.

Allied also said that it had cited a Supreme Court case that was requested for review, which could set a precedent in the case, at the Civil Court which ignored the point. Supreme Court had later decided to reject the case submitted for review. The case was rejected after the Allied appealed in the Yacht Tours case and the point was accepted.