Suárez says he spent days in tears amid rift with Barcelona 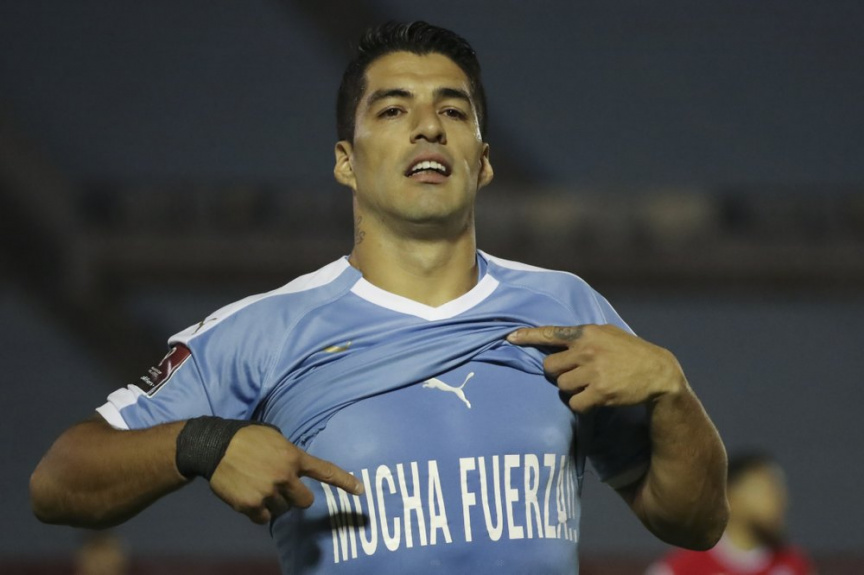 SAO PAULO (AP) — Striker Luis Suárez said Thursday his former club Barcelona treated him so unfairly that he spent days in tears before his departure to Atlético Madrid.

In another sign he can still deliver to his teams, Suárez scored Uruguay’s first goal from the spot in the 2-1 home victory against Chile in the opening round of the South American World Cup qualifiers on Thursday. The 33-year-old also scored two goals in his debut for his new club in Spain on Sept. 27.

The striker said his strong start at Atlético eases the pain he felt from leaving Barça, where he was on a team that won 13 titles since arriving in 2014 from Liverpool, including four Spanish league trophies and the Champions League in 2015. He is the club’s third all-time leading scorer with 98 goals.

“I didn’t take it very well because of the way they (Barcelona) did it, more than anything. One has to accept when his cycle is over,” Suárez told Uruguay soccer association television after the victory against Chile in Montevideo.

“It was days I spent crying because of the situation I was living. Then (I went back) to enjoying myself, once again be valued as a player, be loved, feel the care of a club that welcomed me marvelously,” he added.

Atlético will pay Barcelona up to 6 million euros ($7 million) in fees for Suárez, who signed a two-year deal with the club.

Suárez was informed of Barcelona’s decision to get rid of him through a call from new coach Ronald Koeman, hired after the team was thrashed 8-2 by Bayern Munich in the Champions League quarterfinals. The Dutchman denied he was solely responsible for the Uruguayan’s departure.

Hard-hit financially by the coronavirus pandemic, Barça also needed to reduce its expenditure.

“There are things that are not known,” Suárez said. “But to go to Barcelona and be sent to train separately because you don’t belong among the 22 players... My wife was the one that saw my upset, with my head down.”

Suárez denied he refused an offer from Juventus to remain in Spain, as his family wished.

“They just wanted to see me happy,” he said.

Suárez said he was not surprised by the public defense of him made by Lionel Messi, who attacked Barça’s management for its treatment to the Uruguayan. On Sept. 25, Messi posted a photo of himself with Suarez on Instagram,.

“It is going to be so strange seeing you in another shirt, and even stranger to have to play against you,” Messi wrote. “You deserved a sending-off fit for what you are: one of the most important players in club history, both for what you did for the group and individually — not the one they gave you. But it is true that at this point nothing surprises me.”

Barcelona is experiencing a political crisis that could end with the removal of president Josep María Bartomeu, seen by many analysts as the main targets of Messi and Suárez in their criticism of the club’s management.