Nasheed: Indian loans are not a debt trap 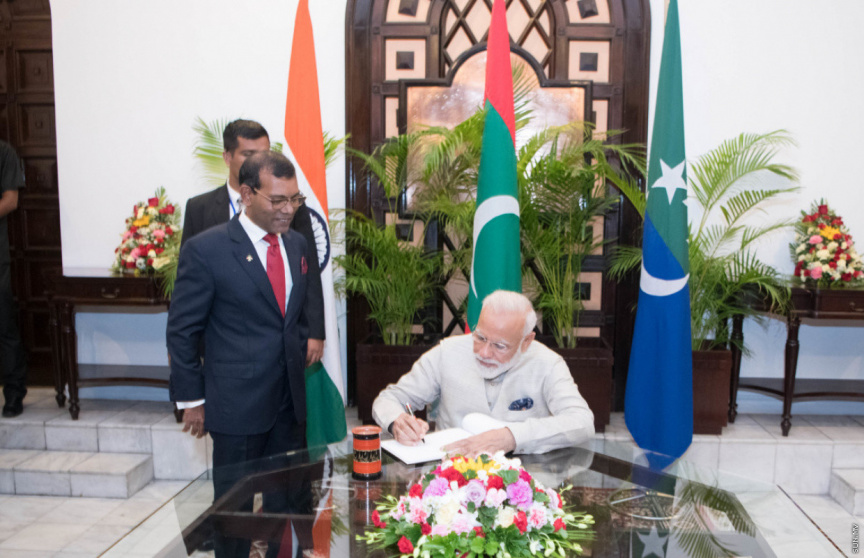 Speaker of the Parliament Mohamed Nasheed has stated that loans obtained by the Maldives from India are transparent and was not a debt trap.

Nasheed is a figure who has repeatedly described loans obtained by the Maldives from China as debt traps. He has stated that the government owed China USD 3.4 billion as debt.

This was publicly refuted by the Chinese Ambassador to the Maldives who stated that the real figure was somewhere close to USD 1.5 billion.

Nasheed’s statements regarding the loans from India come after Finance Minister Ibrahim Ameer provided some details of the loans in the parliament yesterday during a Ministerial questioning session.

Figures detailed by the Minister showed that the Maldives owed MVR 25.4 billion to India.

Nasheed resonated that it was a debt trap when the loans obtained were unequal to the produced assets.

“The state is obtaining loans, even for business. For instance, USD 100 million is being obtained. Assets worth USD 100 million should be produced from the expenditure from these loans. In reality, more than twice the amount is produced from it. It becomes a debt trap when the economic activity from the loans are not enough to repay the loans.” Said Nasheed.

“Indian loans come through the tender of the Maldivian Tender Board. They shortlist it. In Maldivian ministries where tenders can be applied for, companies of certain grades can only apply. So when multinational companies can apply as well as (local) companies, it is a randomized list of Maldivian companies and Indian companies. It is the work of an open tender. So, it is happening in a transparent manner.” Said Nasheed.

Nasheed said that in other instances, a loan was agreed, work was agreed, and when workers come and finish the work and leave, the government is left with a bill. When the assets produced from the debt is not equal, the country is caught up in a debt trap.

Details of loans obtained from India are:

All of this has a grand total of USD 1.65 billion (MVR 25.44 billion) as simple calculations show.