Interest rate of T-bill agreement with India at 3.5 percent 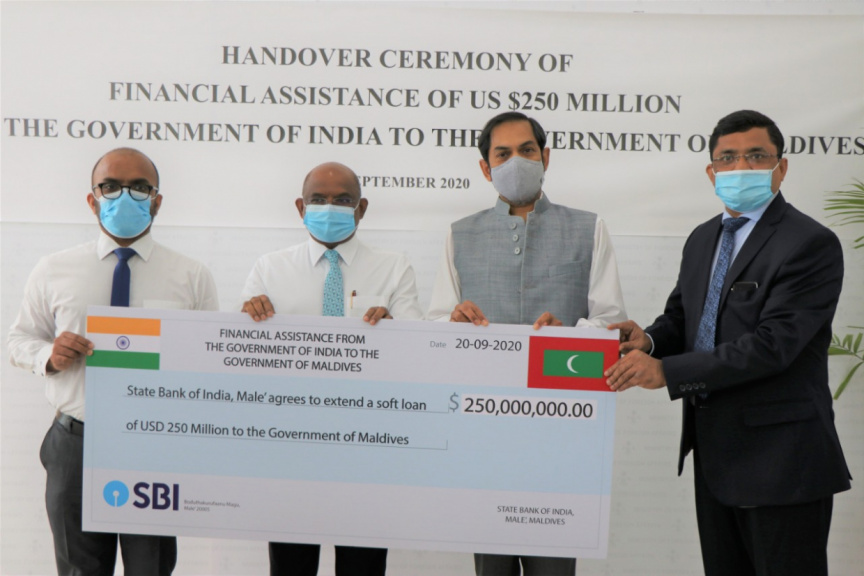 It has been revealed that USD 250 million of Treasury bills sold by the Maldivian government to the State Bank of India recently was at an interest rate of 3.5 percent.

Statistics by the Finance Ministry showed that the interest rate of similar agreements previously was at a rate of 7 percent.  The repayment period of the T-bills is set for 10 years.

T-bills are an instrument of finance obtained as a loan through a Central Bank at a specific interest rate to cover for budget deficiencies.

The financial arrangements come as a result of a request made by President Ibrahim Mohamed Solih of the Maldives to Indian Prime Minister Narendra Modi.

The Finance Ministry had refused to disclose the interest rate of the sale of T-bills when requested by Sun. The MMA had previously obtained USD 150 million through a currency swap agreement with the Reserve Bank of India. India had also provided assistance to the Maldives in numerous ways as the country battled the situation with COVID-19.