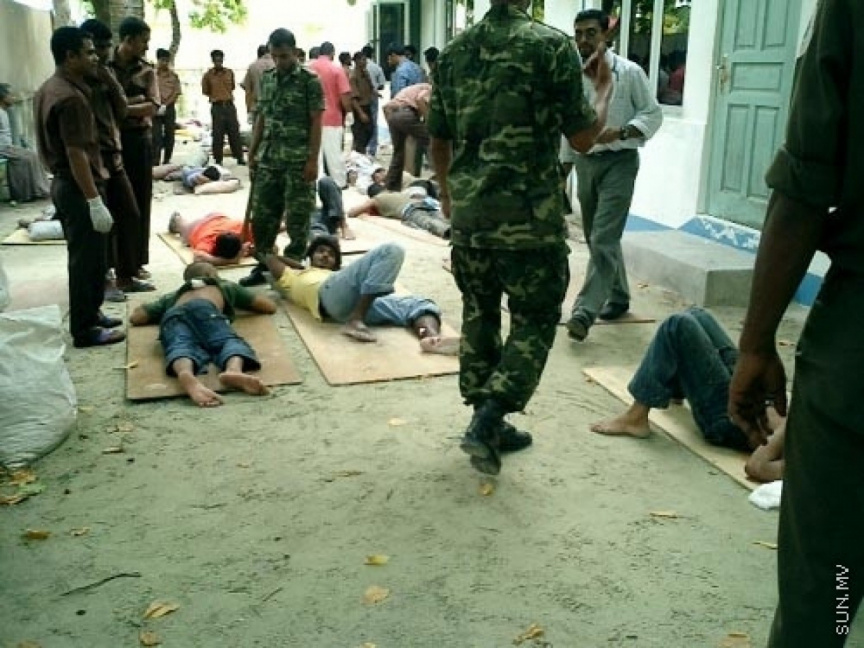 Maldivian Democratic Party (MDP), on Saturday, voiced concern over the lack of sufficient investigation to uncover the facts surrounding the fatal shooting which took place at the Maafushi Prison in 2003, during a riot which broke out at the prison after an inmate, Evan Naseem, was beaten to death by prison guards.

Evan Naseem, 19, from M. Asia in Male’, died due to injuries he sustained after he was beaten and tortured by prison guards on September 19, 2003.

Some of the inmates were shot from behind.

In a statement marking 17 years to the incident, MDP said that the truth behind the fatal shooting which took place following the “heinous crime” of the administration of former President Maumoon Abdul Gayoom, remained unclear to date.

“The Maldivian people have the right to the truth,” said MDP in its statement.

MDP said that incident had been one in a string of systemic abuses within prisons by Maumoon’s administration, and had served to bring to light the truth behind the rumors of torture and killing of inmates to the Maldivian people, as well as the rest of the world.

MDP had called for an investigation into the fatal shootings during its previous administration, and had established a three-member committee composed of government ministers to carry out the investigation.

The death of Evan Naseem and the fatal shooting was investigated during Maumoon’s administration by a presidential commission. Charges were pressed against 12 people.