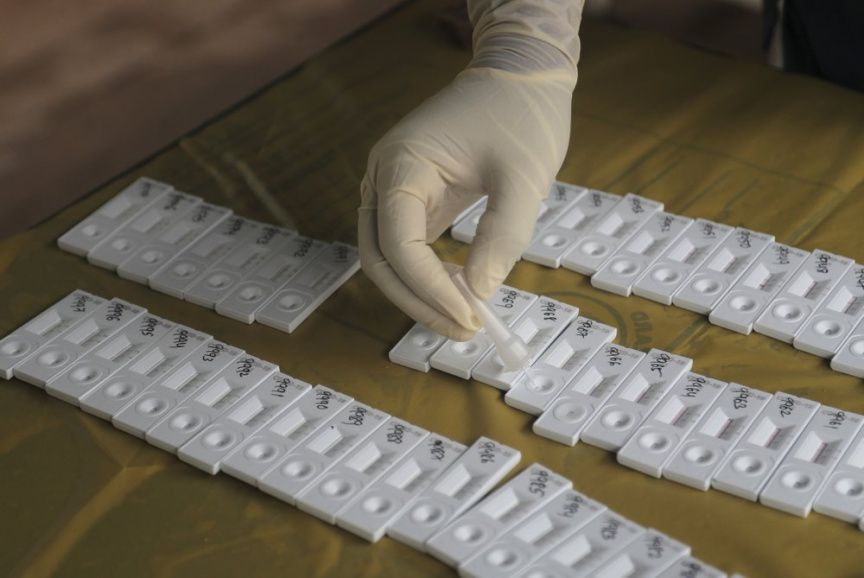 NEW DELHI (AP) — India’s coronavirus cases jumped by another 96,424 infections in the past 24 hours, showing little sign of leveling.

The Health Ministry on Friday raised the nation’s total past 5.21 million, 0.37% of its nearly 1.4 billion people. It said 1,174 more people died in the past 24 hours, for a total of 84,372 fatalities. Experts say India’s death toll may be a significant undercount.

India is expected to have the highest national total of confirmed cases within weeks, surpassing the United States, where more than 6.67 million people have been infected.

India’s Prime Minister Narendra Modi on his birthday on Thursday made a fresh appeal to people to wear masks and maintain social distance as his government chalked out plans to handle big congregations expected during a major Hindu festival season beginning next month.

Health Minister Harsh Vardhan said with a recovery rate of more than 78%, India has only 1 million active coronavirus cases in the country.

The worst-hit western Maharashtra state accounted for 474 of 1,174 of fatalities reported in the country in the past 24 hours.

Authorities extended until the end of September a ban on four or more people assembling at one place in Mumbai, India’s financial and entertainment capital. More than 178,000 people have been infected by coronavirus in Mumbai with 8,320 deaths so far.