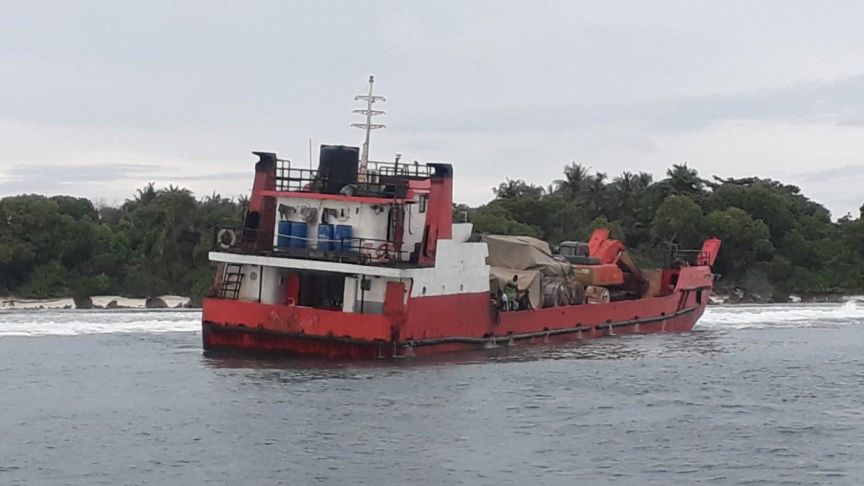 A landing craft which got marooned on a reef near Sh. Naladhu on September 14, 2020.

A landing craft traveling to the northern city of Kulhudhuffushii has been reefed near Sh. Naladhu.

The craft named "Evie Star" was carrying seven when it got marooned on the reef, according to Maldives National Defense Force (MNDF) which has a squadron in the area for the situation.

Reports of the incident were received around 1:15 last night, according to MNDF. The craft was carrying three locals and four foreigners when the incident happened. No injuries were reported due to the incident.