After weeks of speculation, Barca star Messi decides to stay at lifelong club 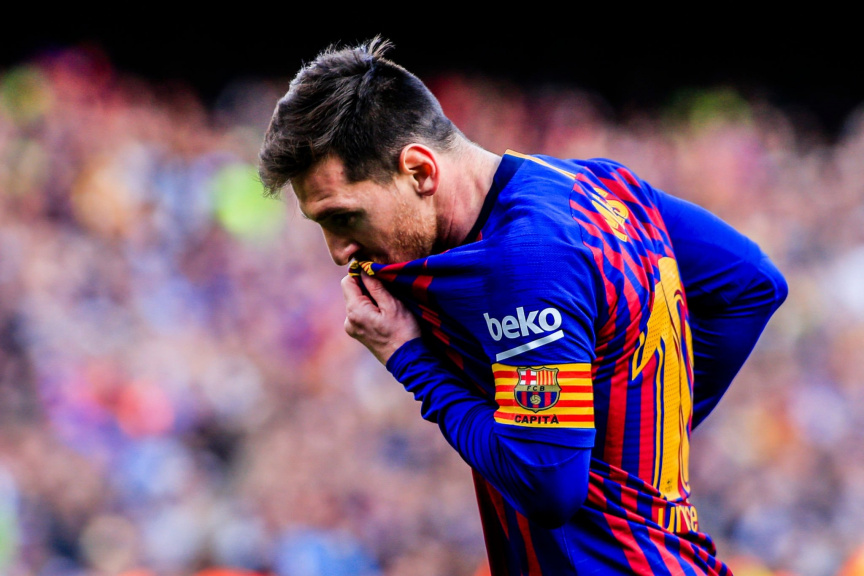 FC Barcelona star and captain Lionel Messi kissing the crest of the club during a match. (Photo/Twitter)

FC Barcelona star Lionel Messi has finally decided on his future after weeks of speculation.

The club captain dropped the bombshell news on Barcelona in late August that he intended to leave on a free transfer.

Speaking with Goal.com, the 33-year-old, who has spent 20 years at the Catalan club, has accepted he must stay at Camp Nou to avoid dragging his beloved club to court, but only after experiencing a desperately sad couple of weeks.

Barcelona refused to recognise the break in his contract, as they claimed the moment for using it had passed in June, and so a stalemate began in which the Argentina international tried to find a way out.

“When I communicated my wish to leave to my wife and children, it was a brutal drama,” Messi told Goal.

“The whole family began crying, my children did not want to leave Barcelona, nor did they want to change schools.

“But I looked further afield and I want to compete at the highest level, win titles, compete in the Champions League. You can win or lose in it, because it is very difficult, but you have to compete.

“At least compete for it and let us not fall apart in Rome, Liverpool, Lisbon. All that led me to think about that decision that I wanted to carry out.”

Lionel Messi will NOT be leaving Barcelona, we can confirm.

We sat down with the man himself to clear up a few things ????

Here's what he had to say: pic.twitter.com/NfnhGpZpXc

However, that ambition to accept a new challenge was thwarted by Barcelona president Josep Maria Bartomeu, whom Messi claims reneged on a promise he could leave at the end of 2019-20.

“I thought and was sure that I was free to leave, the president always said that at the end of the season I could decide if I stayed or not,” he said.

“Now they cling to the fact that I did not say it before June 10, when it turns out that on June 10 we were competing for La Liga in the middle of this awful coronavirus and this disease altered all the season.

“My son, my family, they grew up here and are from here. There was nothing wrong with wanting to leave. I needed it, the club needed it and it was good for everyone."

“My wife, with all the pain of her soul, supported and accompanied me.”

Messi will now prepare to start the season under new Barcelona coach Ronald Koeman, as the club bounce back from a dire 2019-20 in which they failed to win La Liga, the Champions League or reach the final of the Copa del Rey.

To read the original Goal.com interview with Messi, click here.