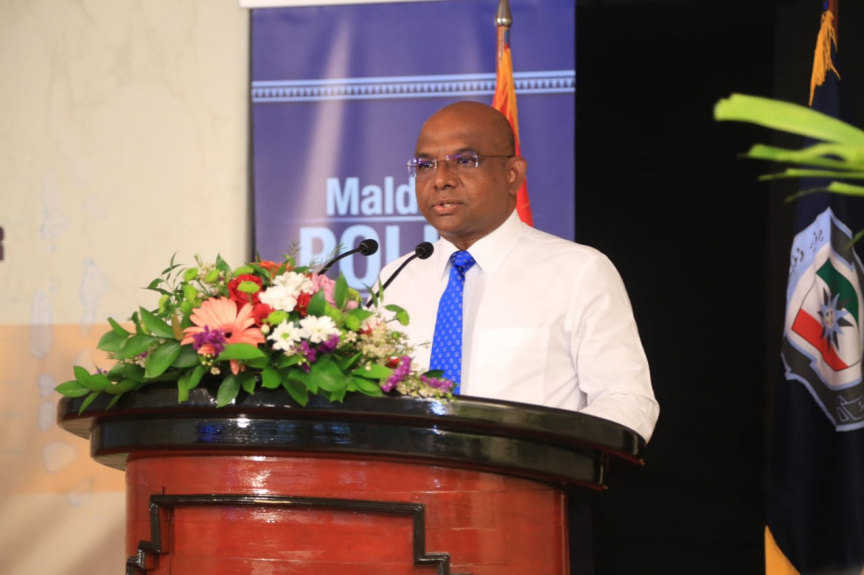 The Police training center in Dh. Vaanee constructed with the assistance of India has been completed.

A special ceremony was held in Iskandharu Koshi today for the purpose. Foreign Minister Abdulla Shahid and Indian High Commissioner to the Maldives Sanjay Sudheer also took part in the ceremony. Commissioner of Police Mohamed Hameed was also present at the ceremony.

Speaking at the event, Foreign Minister Abdulla Shahid stated that that the inauguration of the Police Training Centre would promise enhanced professionalism and alertness to the Police Service, which would in turn ensure the safety of the community.

The Minister also noted the courage and bravery, shown time and time again by the Police, and congratulated the Police on the 16th anniversary since the establishment of the Maldives Police Service as a civilian policing organization.