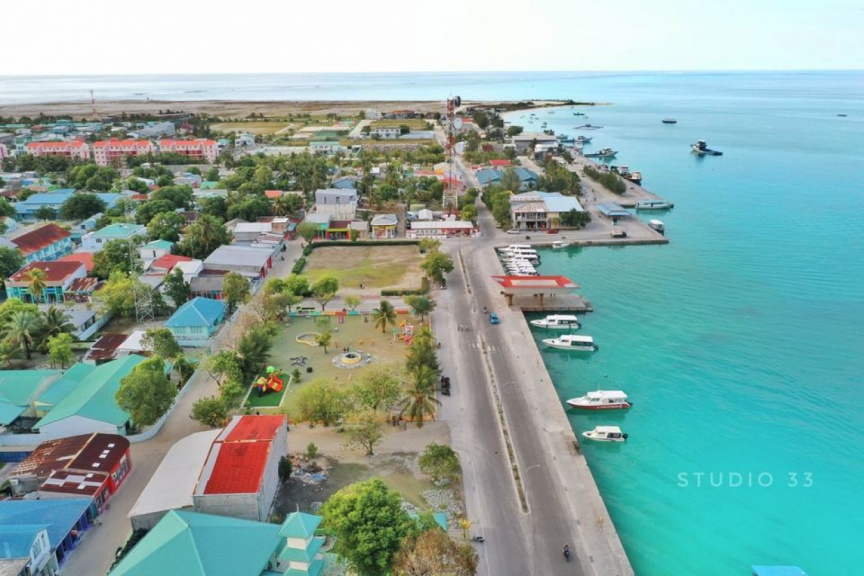 Dozens of people have been placed under isolation in G. Dh. Thinadhoo for contact with a crew member of a boat that travels to Male’ City, who has tested positive for the new coronavirus.

The crew member of the boat Dheraha tested positive on Friday.

Thinadhoo Council president Ali Amjad told Sun that 41 people have been identified as contacts of the patient so far.

However, contact tracing may take at least two to three days to complete.

“It may take two to three days or longer to complete this work. It’s the most populous island in the atoll, and a lot of people travel here, given that this is the capital of the atoll. 41 people have been identified as contacts so far,” he said.

The 41 contacts were identified outside of the patient’s workplace.

Nine of the patient’s co-workers on the boat have also been placed under isolation.

“The nine people have also been isolated. But if someone among them tests positive, this will be treated as a cluster,” said Amjad.

Amjad said that the boat Dheraha does not travel between Male’ and Thinadhoo alone, but to other islands in the atoll as well.

He said that the boat made stops in four or five islands on its recent trip back to Thinadhoo.

Thinadhoo has closed schools and sports arenas in accordance with Health Protection Agency (HPA)’s instructions. Thinadhoo remains under “monitoring” status, which entails a temporary restriction on travel in and out of the island.

Amjad said that authorities were working on transferring the patient to the coronavirus medical facility established in G. A. Vilingili.

“The patient is currently at the Abdul Samad Memorial Hospital. Work is underway to move the patient to the facility,” he said.

The focal point for coronavirus efforts in G. Dh. Atoll, Shahza Hussain told Sun that the patient had visited many locations in Thinadhoo as he did not need to undergo mandatory home quarantine.

“Some 40 people have been identified as contacts. And there’s information that he attended the Friday prayer,” said Shahza.

The patient had also allegedly attended a rally held by the opposition in Thinadhoo on Friday. However, both Amjad and Shahza dismissed the allegation as false.