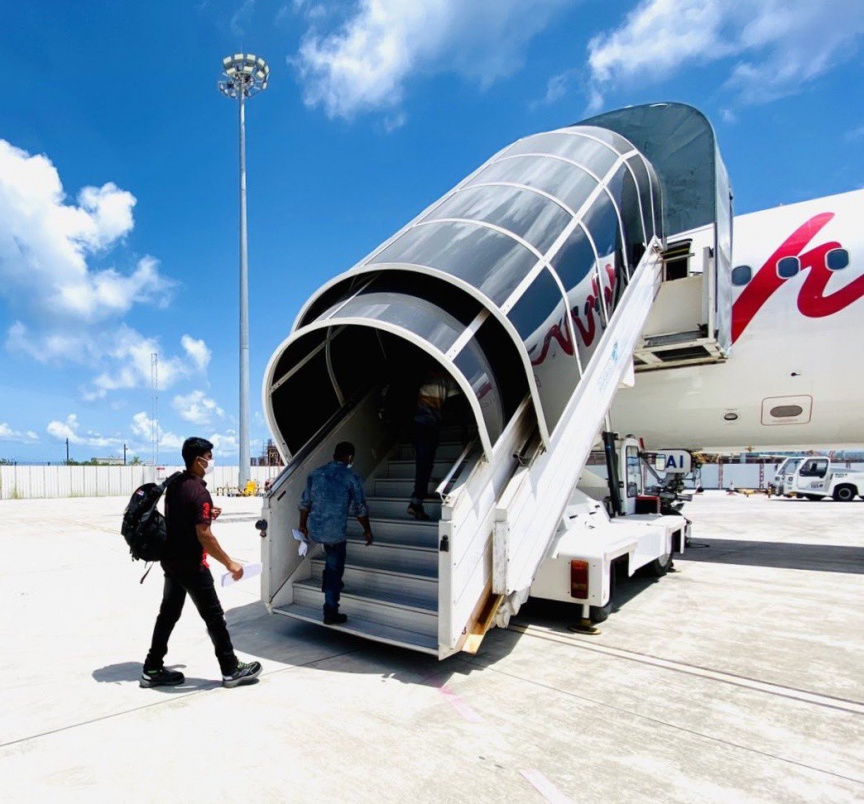 Bangladeshi expatriates are seen boarding a repatriation flight of Maldivian on August 28, 2020. (Photo/Maldivian)

Maldivian has repatriated 200 more Bangladeshi nationals back home today due to various reasons as part of its government coordinated repatriation operations.

Those repatriated include individuals without proper documentation and individuals that wished to return for other reasons. This is the 33rd repatriation flight of the national flag carrier for the purpose.

So far, the airline has repatriated 6,332 Bangladeshi nationals from the Maldives. The majority are without proper documentation.

Economic Minister Fayyaz Ismail has previously said that the individuals are being repatriated with their own free will and that the government would not forcefully repatriate anyone from the country.

The government has targeted with the assistance of relevant embassies and foreign states, to repatriate 20,000 expatriates from the country by the end of 2020.

It is believed that around 63,000 of the expatriate population are without proper documentation.