Britney Spears asks court to curb father’s power over her 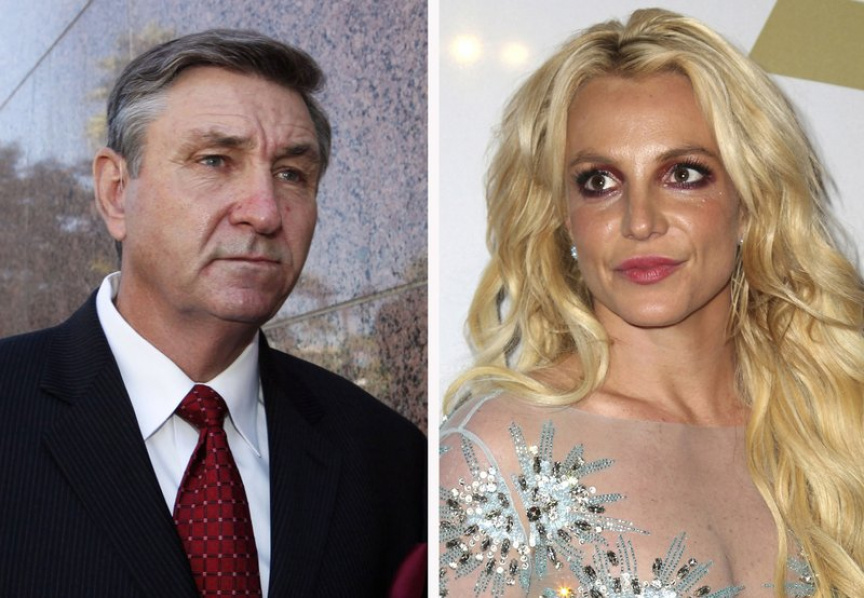 This combination photo shows Jamie Spears, left, father of Britney Spears, as he leaves the Stanley Mosk Courthouse on Oct. 24, 2012, in Los Angeles and Britney Spears at the Clive Davis and The Recording Academy Pre-Grammy Gala on Feb. 11, 2017, in Beverly Hills, Calif.. Britney Spears is asking a court to curb her father's control over her life and career. In documents filed Tuesday, Aug. 18, 2020, Spears asked that her father not return to the role of conservator of her person, which gave him power over her life decisions from 2008 until 2019, when he temporarily stepped aside. (AP Photo)

LOS ANGELES (AP) — Britney Spears on Tuesday asked a court to keep her father from reasserting the broad control over her life and career that he has had for most of the past 12 years.

In documents filed by her court-appointed lawyer that give a rare public airing to the wishes of the 38-year-old pop superstar, she asked that her father not return to the role of conservator of her person, which gave him power over her major life decisions from 2008 until 2019, when he temporarily stepped aside, citing health problems.

“Britney is strongly opposed to James return as conservator of her person,” the document says.

James Spears has kept his separate role as conservator over his daughter’s finances. For the first 11 years of the conservatorship, he served as co-conservator with attorney Andrew M. Wallet, who resigned from the role early last year.

That briefly left James Spears with sole power over Britney Spears’ life, money and career, a situation she says she very much wants to avoid repeating.

An email seeking comment from James Spears’ attorney was not immediately returned.

Spears says she wants Jodi Montgomery, who has been serving as conservator of her person temporarily, to do so permanently, but she says that doesn’t mean she is waiving her right to seek an end to the entire arrangement.

The documents also reveal that Britney Spears has no plans to perform again anytime soon. She last performed live in October 2018, and early in 2019, canceled a planned Las Vegas residency.

The filing gave a rare glimpse at Britney Spears’ own wishes in the conservatorship that has had vast power over her for over a decade. She has almost never spoken publicly about the matter, and court hearings and documents in the case are cloaked in secrecy, though last year she addressed the court at her request, suggesting she was seeking changes.

In the papers, Britney Spears praises the conservatorship and its work overall, saying it “rescued her from a collapse, exploitation by predatory individuals and financial ruin” and that it made her “able to regain her position as a world class entertainer.”

The document was filed a day before a status hearing on the conservatorship, expected to be closed to the media and public.

Britney Spears’ attorney said that he expects James Spears will aggressively contest being marginalized, and said that Britney Spears has suggested they retain a lawyer with expertise in complex financial court fights.

The conservatorship, known in some states as a guardianship, gave James Spears power over his daughter’s career choices and much of her personal life, including her relationship with her teenage sons. Spears’ ex-husband Kevin Federline has custody of the boys, but she has frequent visits with them.

Rapper Young Thug to go to trial in gang case