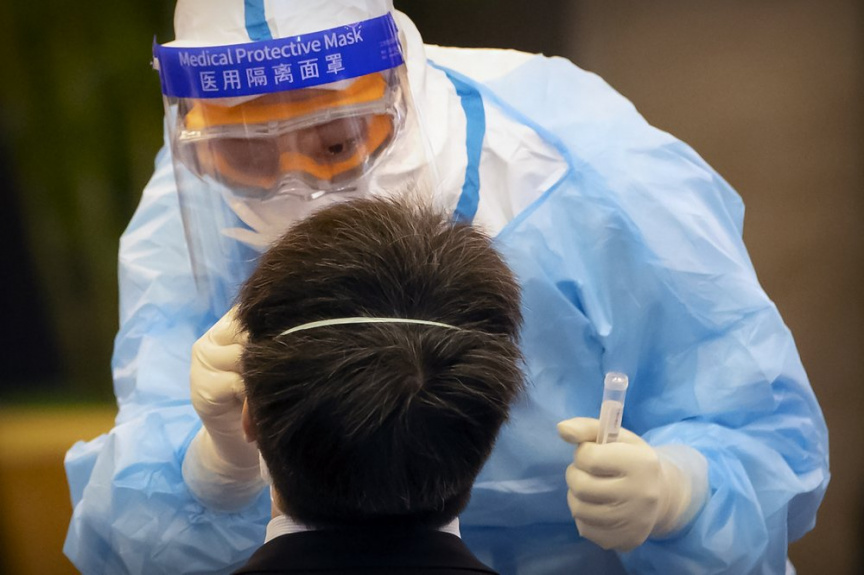 A worker in a protective suit gives a COVID-19 test to a foreign journalist covering a press conference for China's National People's Conference (NPC) at a hotel in Beijing, Thursday, May 21, 2020. (AP Photo/Mark Schiefelbein)

Mainland China announced 36 new cases across the country, down from 43 the previous day. Of those, 28 were in the northwestern region of Xinjiang and two in Liaoning province in the northeast.

Another six cases were brought by Chinese arriving from overseas. No new deaths were registered , leaving China’s total at 4,634 among 84,634 cases reported since the virus was first detected in the central Chinese city of Wuhan late last year.

Hong Kong reported 78 new cases over the previous 24 hours, the first time in almost two weeks that new cases had fallen into double-digits.

China’s central government also sent a medical team to assist in efforts and an exhibition center has been converted into a temporary hospital in the event beds run short. Deaths from the disease in Hong Kong have risen to 38 among 3,589 total cases.