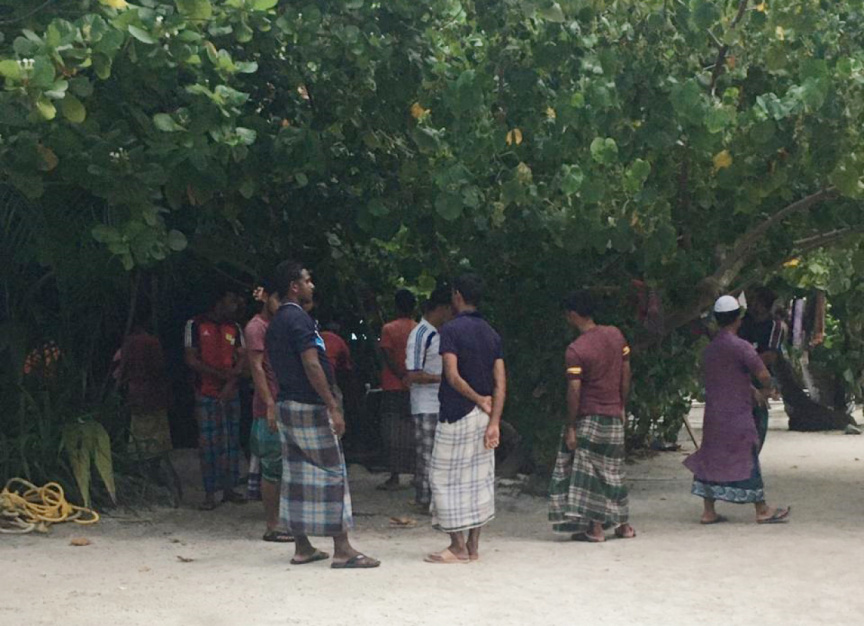 Expatriates on Bodufinolhu island in B. Atoll.

Expatriates arrested in B. Bodufinolhu unrest over unpaid wages in early July have been released from custody.

The unrest had led to violent clashes by around 200 expatriates with police. Expatriates even took hostage some locals on the island.

A total of 19 were arrested by police and were remanded in custody twice.  They were released today and handed over to Immigration.

The expatriates had protested over months of unpaid wages by RIX Company, who are the contractors of the island, and is owned by Milandhoo MP Ali Riza who is an MP of the governing party MDP, which has a supermajority in the parliament.

A blame game was played out between RIX Company and Seal Maldives who are the developers. Lawyers for the expatriates had taken the matter of unpaid wages to the Employment Tribunal and there are allegations that the expatriates were victims of human trafficking.

RIX Maldives had said that delays in payments by Seal Maldives and the economic situation due to COVID-19 had led to wage delays. Labor Relations Authority had stated that it was the responsibility of RIX Company to pay the wages of the expatriates.

The expatriates were finally removed from Bodufinolhu by authorities after water and electricity to the island was cut. An expatriate had said that the generators for electricity were operated by Seal Maldives.

The expatriates are now in a facility in Hulhumale’