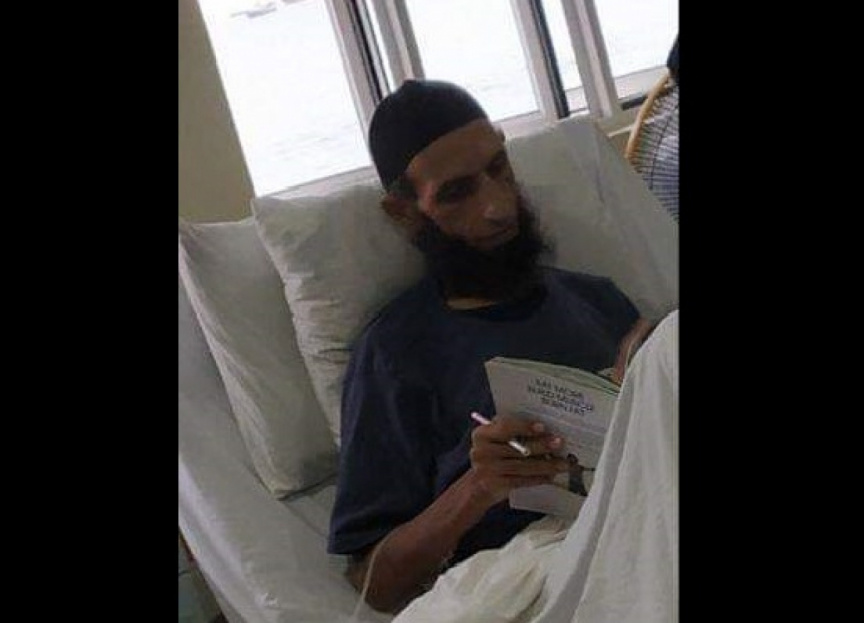 Yasir Yahya, a Yemeni man detained in Maldives since 2017, has passed away while under treatment at Indhira Gandhi Memorial Hospital (IGMH).

His legal representatives told Sun they were informed of his death a short while ago this Sunday, and that the information has also been shared with his family.

Yasir was hospitalized at IGMH on July 21. Maldives Correctional Service said in an earlier statement that his condition deteriorated following a hunger strike. And the Commissioner of Prisons Ahmed Mohamedfulhu stated last week that his condition was critical.

Yasir’s legal representatives told Sun that he was hospitalized after suffering a heart attack.

They filed a petition with the Civil Court for a temporary court order to transfer him to house arrest in light of his poor health in July, but the petition was denied citing courtroom procedures.

Yasir worked as an Arab language teacher at Ahmadiyya School in Male’ prior to his arrest in 2017, on allegation of recruiting Maldivians for terrorist activities overseas.

He is married to a Maldivian woman, who was pregnant with their daughter at the time of his arrest.

In light of the allegation against him, Maldives Immigration had revoked his marriage visa and made the decision to deport him. He was kept in a detention center in suburban Hulhumale’ until his deportation, which the authorities said in a statement in late 2019, had remained stymied due to the ongoing civil war in Yemen.