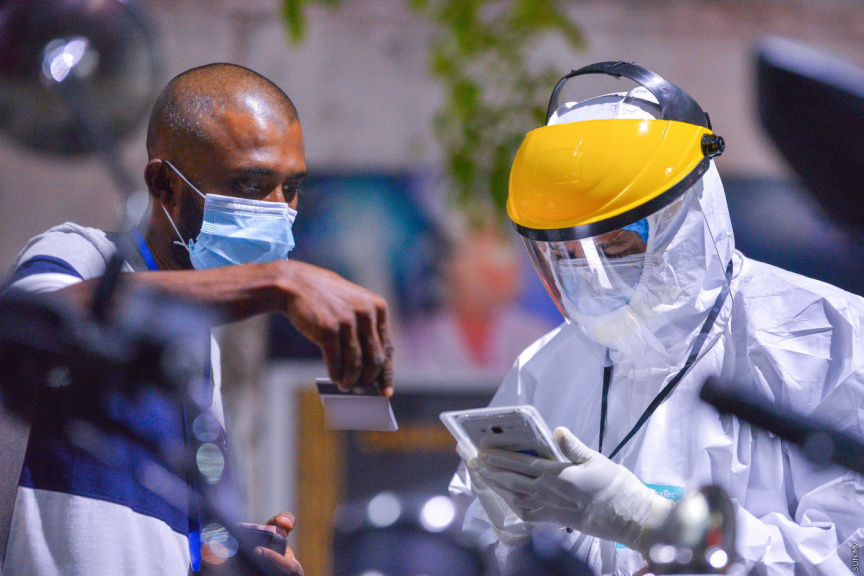 Rapid Response Teams (RRT) operate in the streets of Male' City to conduct COVID-19 tests on May 28, 2020. (Sun Photo/Fayaz Moosa)

Health Protection Agency (HPA) has announced 74 new cases of COVID-19 in the Maldives.

Along with the new cases, the total number of confirmed cases in the country has now increased to 3,793. Out of the 74 cases, 70 were confirmed from the Greater Male' region consisting of Male' City, Hulhumale', and Vilimale'. Four cases were also reported from other islands.

Currently, there are 1,155 active cases in the Maldives. HPA also announced that 39 individuals had made full recoveries in the last 24 hours after contracting the virus. The total number of recoveries has now increased to 2,607.

There are 709 individuals in isolation facilities. Meanwhile, there are 65 individuals hospitalized due to the virus. A total of 16 deaths have so far been confirmed due to COVID-19 in the Maldives. Authorities have so far collected 78,900 samples for the virus.

Currently, there are four islands under monitoring mechanisms. Islands with active COVID-19 cases are:

The Maldives first identified a COVID-19 case on March 7. Initially, cases had been restricted to resorts and liveaboards. The country officially announced a public health emergency on March 12 and stopped issuing on-arrival visas on March 27, effectively closing down the borders of the nation.

The biggest easements to the lockdown were introduced on July 1, when schools were reopened for some grades, mosques, and cafes, as well as gyms, were permitted to reopen. The capital returned to a 'new normal' afterward only to observe the current spike in cases.

Other than Male' City, isolated cases from people quarantined in other islands after traveling from Male' City have also popped up recently, leading to the high number of islands under monitoring mechanisms.

Authorities are still advising the public to adhere to strict restrictive measures such as wearing masks and maintaining social distancing and clean hygiene.

Cinemas in Maldives permitted to reopen