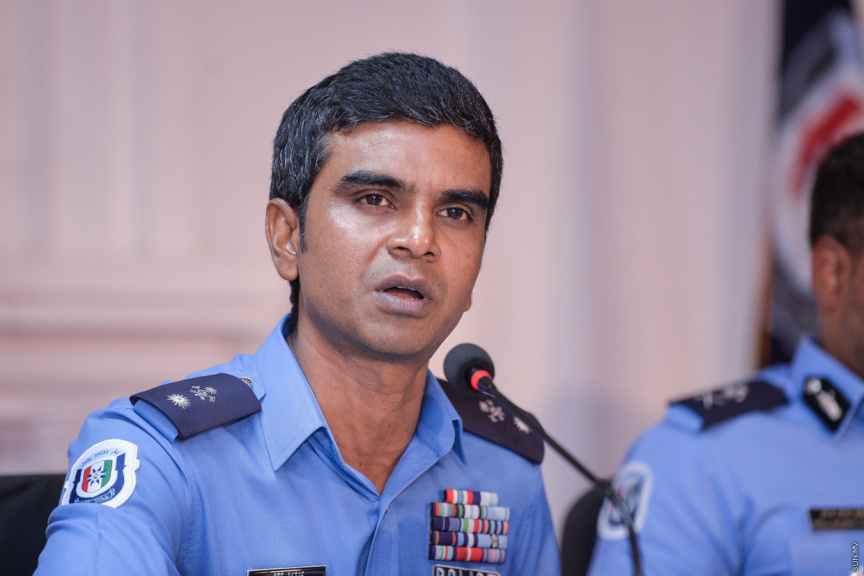 Superintendent of Police Mohamed Dawood has said that he has not reacted to any political post on social media.

The statement by Dawood, comes after screenshots emerged on social media showing a Twitter account under his name, like a tweet by former Vice-President Dr. Jameel regarding politics. Dr. Jameel had tweeted about political affairs in the country, and Superintendent Dawood, denied claims that he had like reacted to the post.

“I have not carried out such an uncultured act, that I am aware of. I have not done anything that violates the oath I have taken as a police officer.” Said the Superintendent.

The post by Dr. Jameel that the superintendent is accused of reacting, says that the opposition leader was jailed by influencing the judiciary and that things have boiled over in the country. The current government’s aim is to sell the independence and sovereignty of the nation and that opposition protests will continue, read the post by Dr. Jameel.

God willing, the results will be sweet. The country will not be sold. Defiance had led to the end even before, read the post that Superintendent Dawood is accused of liking.

A number of people expressed concern over the act on social media. Some said that the act by a senior police officer went against the professional standards for police officers.