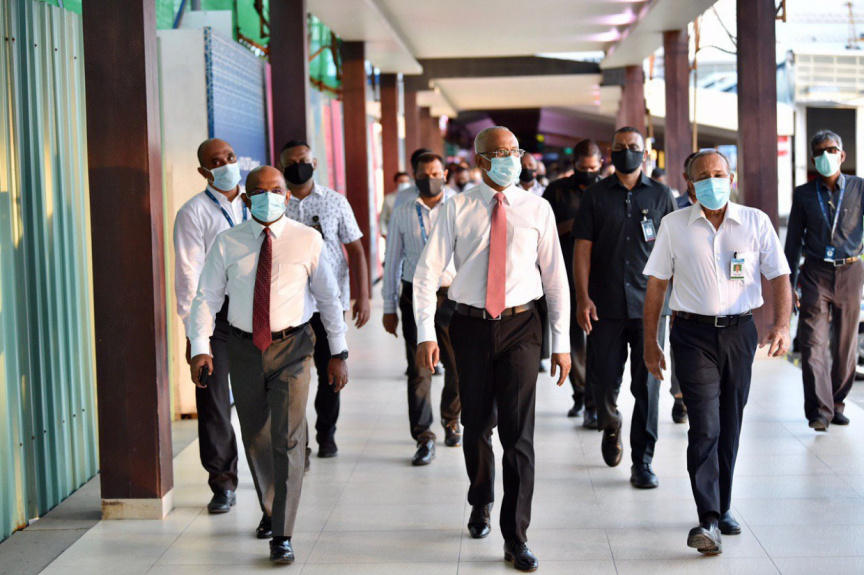 President Ibrahim Mohamed Solih has said that it is his hope that the tourism industry of the Maldives would bounce back by the end of this year, after the slump experienced due to COVID-19.

Speaking on the occasion of the 55th Independence Day of the Maldives, the President was addressing the nation when he said that the pandemic had not only affected the physical body of the people, but also the economy which was on its last breath.

“COVID-19, entered through the Gaadhoo Kolu, and forced us to close our international airports. We have changed our daily lives. Studies of our children is also obstructed. Travel has stopped, businesses are bankrupt and the tourism industry is at a standstill. Import-export has been disrupted. The entire economy of the country has sunk to its last breath.” Said the President.

The President noted that after three months, the international airports of the country have reopened, before warning that there were difficult times ahead in terms of economically.

“Our hope is that tourism recovers by the end of this year, and that the economy experiences positive changes.” Said the President.

This was something that cannot be achieved unless the world is convinced that the Maldives was a safe nation to travel to, said the President who reminded Maldivians that this can only be achieved by adhering to the instructions of health professionals.