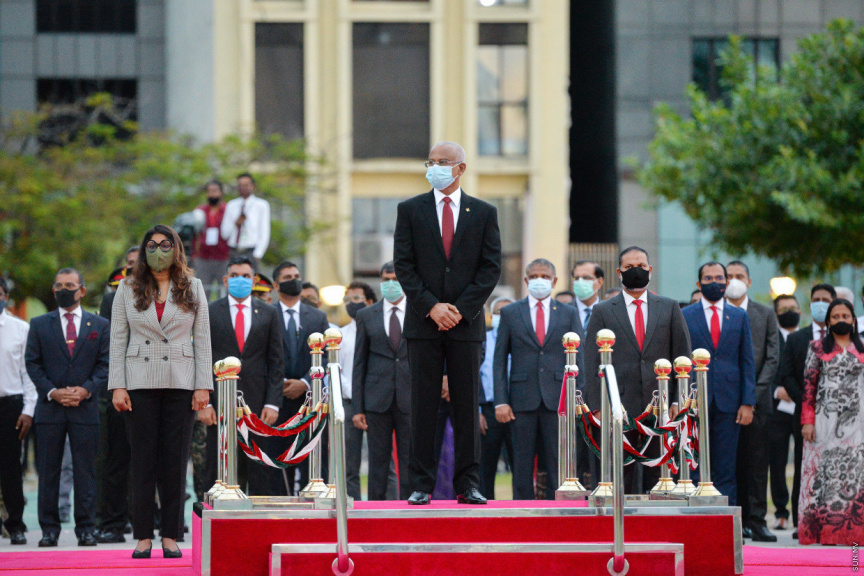 President Ibrahim Mohamed Solih is seen at the special flag hoisting ceremony for the 55th Independence Day celebrations of the Maldives on July 26, 2020. (Sun Photo/Fayaz Moosa)

The ceremony was held at 6:00 in the morning and the President was greeted by Defense Minister Mariya Ahmed Didi and Home Minister Imran Abdulla.

A special du’a was also recited at the ceremony and was led by the imam of Masjid Al-Sultan Mohamed Thakurufaanul Auzam, Imam Nasrullah Ali.

The President was joined at the ceremony by Vice President Faisal Naseem as well as other senior government officials.

Apart from the flag hoisting ceremony, the President is currently addressing the nation.

President calls on politicians to work in unison