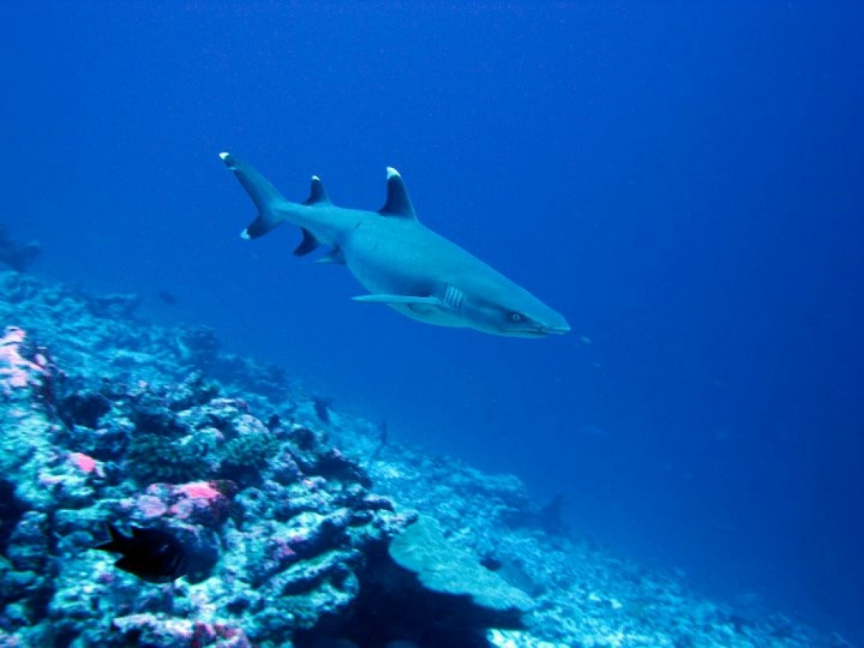 This underwater photo shows a shark swimming in the Farekede area of Fuvahmulah City. (Photo/Farekede Divers)

The Environment Ministry has designated the South Eastern Farekede region of Fuvahmulah City as a protected area.

President Ibrahim Mohamed Solih announced the decision to protect the area in February of 2020.

Farekede is an area where sharks gather to breed and a number of marine organisms such as rays, and whale sharks are often seen in the area. Species seen in the area are under the threat of extinction, which led the government to decide on the move to designate the area as protected. Environment Ministry designated the area as such starting from yesterday.

As a protected area, boats will not be permitted to place anchors in the area, barring certain exceptions. The capture of animals and waste disposal in the region will also be outlawed in the region.

The area can still be visited by the public and tourists under a special policy. A total of 11 regions across the nation was designated as a protected area last year, under the government pledge to designate at least one island and reef in every atoll of the country as a protected area.