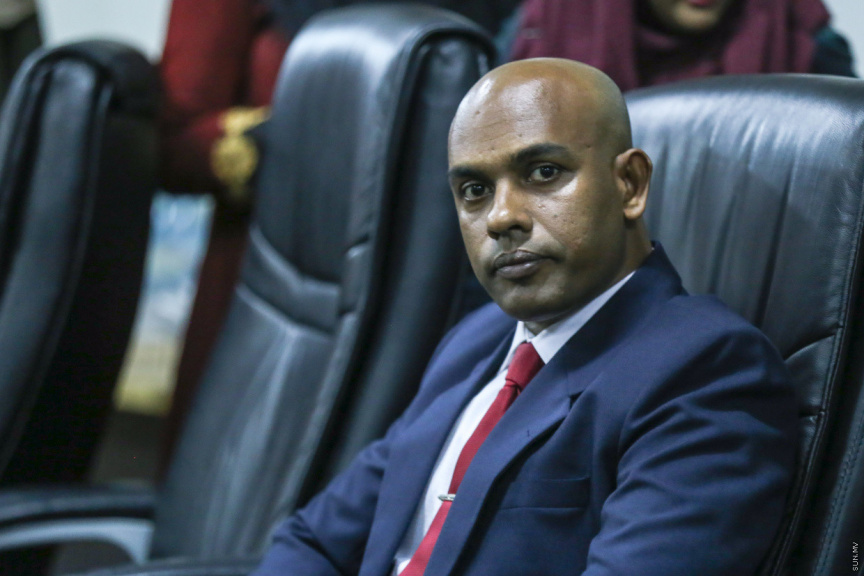 High Court judge Hassan Ali, who is accused of involvement in the disappearance of journalist Ahmed Rilwan Abdulla from Maldives Independent, has resigned without responding to the Judicial Service Commission.

Judge Hassan is accused of discussing the creation of fake travel documents to show that Rilwan traveled out of the country after the journalist disappeared in 2014. The discussions were held with two intelligence officers of the police.

The JSC had suspended the judge in connection with the matter and pending the outcome of the inquiry since last year’s September.

The JSC said that it had forwarded the inquiry report in the matter to the judge on July 12 and that the judge had not responded in the seven days provided to him, before resigning today.

The Presidential Commission of Deaths and Disappearances (DDCOM) publicized a report that alleged the judge, who then served as the Controller of Immigration from November 23, 2013, to January 20, 2015, discussed to create fake travel documents related to Rilwan with two intelligence officers of the police.

Hassan had told the officers that such a document can only be created with an official letter, to which the officers responded by saying that it was not possible. Hassan Ali then asked the officers whether a forged passport similar to Rilwan’s passport could be created. The DDCOM learned of the discussions from the statement given by Hassan to the Police.