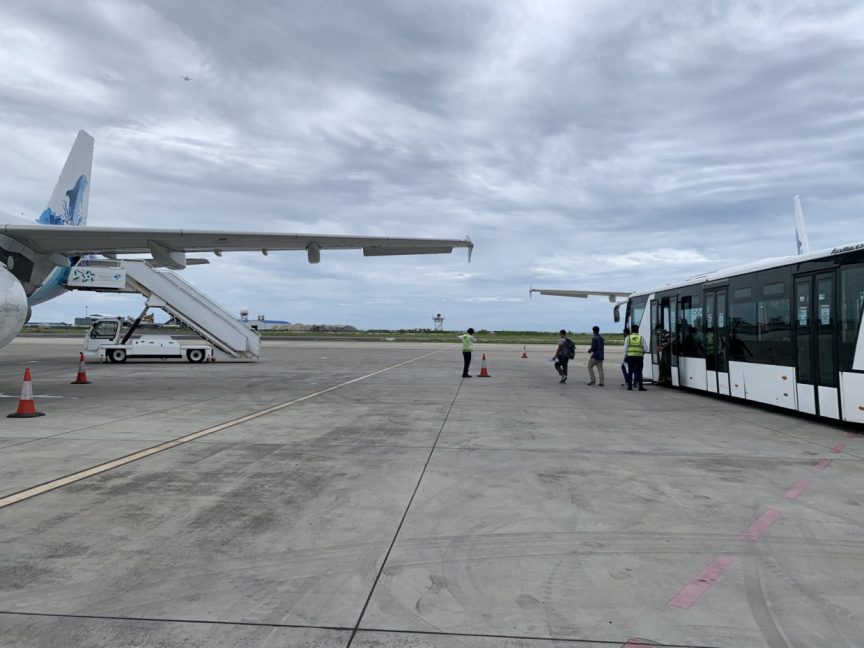 Bangladeshi nationals are seen boarding a flight at the Velana International Airport to be repatriated back home on July 16, 2020. (Photo/Maldivian)

As part of the operation by the government and Maldivian, 152 Bangladeshi nationals have been repatriated today as well, bringing the total figure of repatriated expatriates to 4,000.

The expatriates wished to return back home for various reasons. Authorities have also stated that a large number of these workers were undocumented.

The government-sponsored regularization program saw the registration of 43,000 expatriates as well. It is believed that around 95 percent of undocumented expatriates in the Maldives are from Bangladesh.

Protests by expatriate workers have also become an increased occurrence in the Maldives. Expatriates are often protesting over unpaid wages, lack of rights, and even efforts by diplomatic missions of their countries to facilitate their return back home.