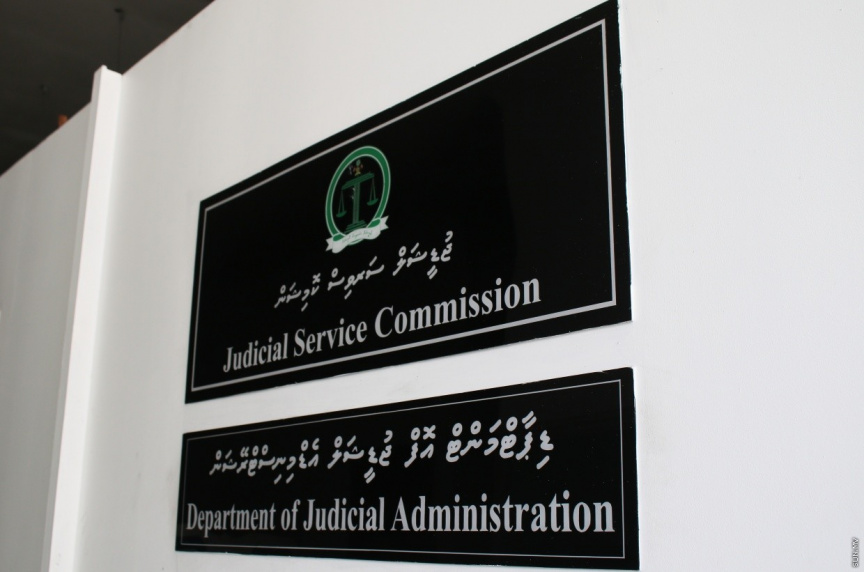 Judicial Service Commission (JSC) has announced the decision to suspend Mul’ha Ali, a magistrate at the Fuvahmulah City court.

JSC, in a statement on Sunday evening, announced it has made the decision to remove Mul’ha from her duties as a magistrate for 60 days as it holds an inquiry into multiple allegations of misconduct lodges against her with the commission.

JSC said it made the decision “based on the principle of preserving the integrity of the judiciary and to prevent a possible hindrance to the inquiry opened against her if she continues to serve in the position over the course of the inquiry”.

Mul’ha was appointed a magistrate at the Fuvahmulah City court on October 29, 2018.

JSC has opened an inquiry into four allegations of misconduct against her.

The first allegation is that she had personal relationships with parties involved in ongoing cases at the court deemed inappropriate given her position as a magistrate.

The second allegation is that she reviewed and revised a detainment order issued by another magistrate against a suspect involved in a sexual violence case.

The third allegation is that she tampered evidence in a police investigation.

And the fourth allegation is that she is actively involved in her family’s business.

JSC opened the inquiry against her in mid-June.