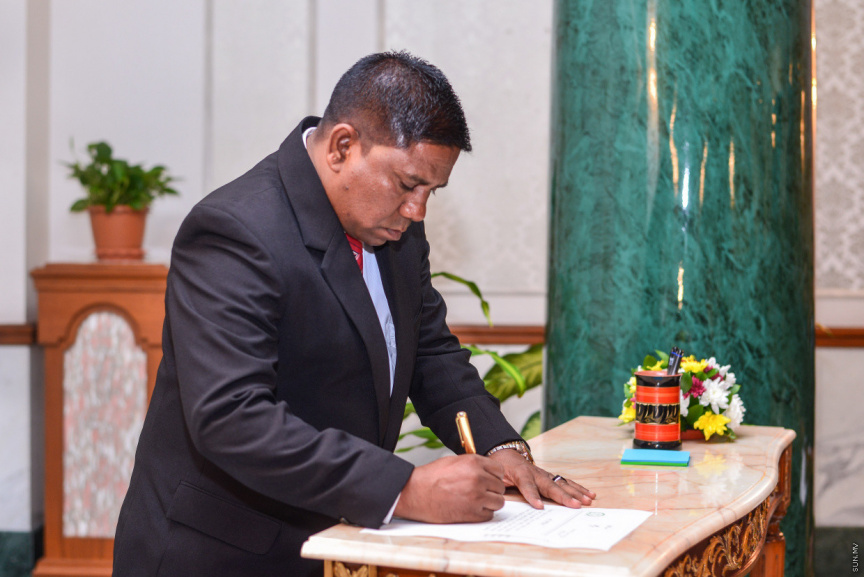 Judicial Service Commission (JSC), on Wednesday, ruled in favor of dismissing Criminal Court judge Hassan Najaab, and requesting for an impeachment motion against him at the Parliament.

JSC issued a statement announcing the decision on Thursday morning.

JSC said Najeeb has been proven to have violated the Constitution, the Judges Act, and the code of conduct of judges, and that the commission has therefore made the decision to forwards its findings and request the Parliament to dismiss him.

JSC found Najeeb had lobbied support for a candidate who contended for the Vilingili seat in the G. A. Atoll Council in the 2017 local council elections, was involved in recruiting a member to the political party the candidate represents, and attempted to cancel the candidacy of a rival candidate.

The third allegation is that he issued arrest warrants for two people through the G. A. Vilingili Magistrate Court on his own, without any such petition being filed by a law enforcement agency. JSC said it is a clear violation of legal procedures of the criminal justice system.

The move to dismiss Najeeb comes as he continued to serve three months of suspension of duties, ordered by JSC on April 15 after he was found to have falsified information on financial declarations.

JSC launched an inquiry into allegations of misconduct against Najeeb in June last year.

JSC, on Wednesday, also made the decision to reprimand A. A. Ukulhas Magistrate Court’s chief magistrate Ahmed Muaviyath Qasim and order him to complete mandatory training, after he was found to have spoken to and divulged privilege information to a person who lodged a case with the court.