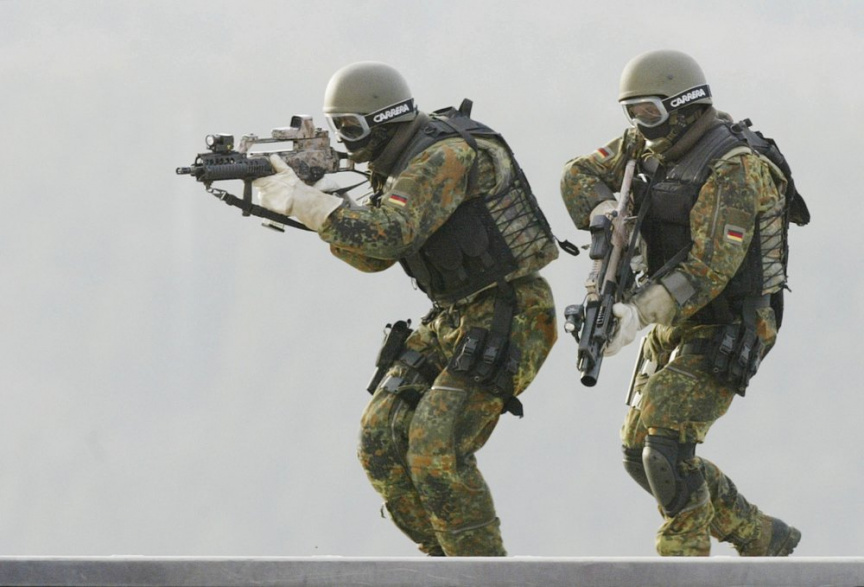 Defense Minister Annegret Kramp-Karrenbauer has called a news conference for Wednesday to talk about a “structural analysis” of the Kommando Spezialkraefte, or KSK, unit, following up on an analysis she ordered in May.

Her office wouldn’t immediately provide further details, but Die Welt newspaper reported Tuesday that she plans to announce structural reforms of the unit, including the dissolution of one of its four combat companies that has been the center of extremism allegations. Die Welt and the Frankfurter Allgemeine Zeitung reported about 70 soldiers would be affected.

In a tweet, the Defense Ministry said the “affected unit and its personnel” had been informed and that further details would be released at Kramp—Karrenbauer’s news conference.

Part of Germany’s Bundeswehr military, the KSK was formed as an army unit in 1996 with a focus on anti-terrorism operations and hostage rescues from hostile areas. It has served in Afghanistan and the Balkans and its operations are kept secret.

Military investigators have been looking into the unit since a group of public German broadcasters reported in 2017 that at a going-away party, members displayed the Hitler salute, listened to right-wing extremist music and participated in a game that involved tossing a pig’s head. In January, the military reported 20 soldiers are under suspicion of being right-wing extremists.

In May, the head of the unit, Brig. Gen. Markus Kreitmayr, told soldiers that he wouldn’t tolerate extremism in the ranks.

In a related move, Kramp-Karrenbauer has proposed legislation that would allow the military to more swiftly expel soldiers if their continued presence would “seriously threaten the military order or the reputation of the Bundeswehr.”