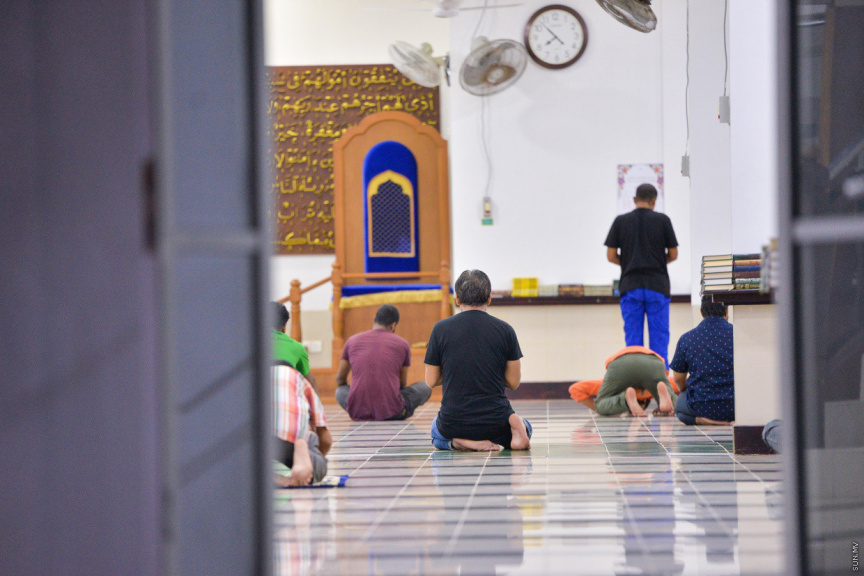 People maintain physical distance as they perform their prayers in a mosque in Male' City on June 15, 2020. (Sun Photo/Fayaz Moosa)

Islamic Ministry of the Maldives has announced that congregational prayers will be permitted in the Maldives starting from the Maghrib prayers tomorrow night.

Carpets laid inside mosques will be removed, according to a circular by the Islamic Ministry.

Mosques are also to be cleaned before and after every prayer. Hand hygiene arrangements must also be made at mosques. Air conditioners inside mosques are to be used occasionally. The Ministry circular also read that the airflow of mosques must be maintained despite the use of Air conditioners, by opening windows for an appropriate amount of time.

Health authorities have also announced precautions to be taken by worshippers.

The precautions to be taken include:

The Ministry had earlier stated that while arrangements for ablution would still be available in mosques, it was not the recommended option due to the safety of everyone.