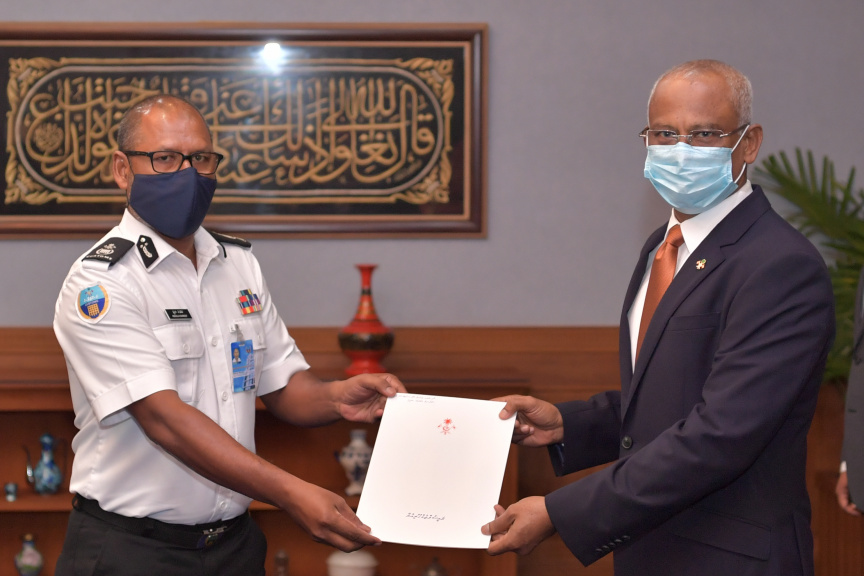 Abdulla Shareef (L) is presented with his letter of appointment as Commissioner General of Customs by President Ibrahim Mohamed Solih (R) on June 23, 2020. (Photo/President's Office)

Shareef was presented with his letter of appointment as the Commissioner General of Customs in a ceremony held at the President’s Office on Tuesday morning.

His oath was administered by Supreme Court Justice Aisha Shujoon.

Following his new appointment, Shareef now serves at the rank of a State Minister.

Shareef’s predecessor, Numan had passed away in a hospital in Bangalore, India, on April 7.

He had been serving as Commissioner General of Customs since December 11, 2018.