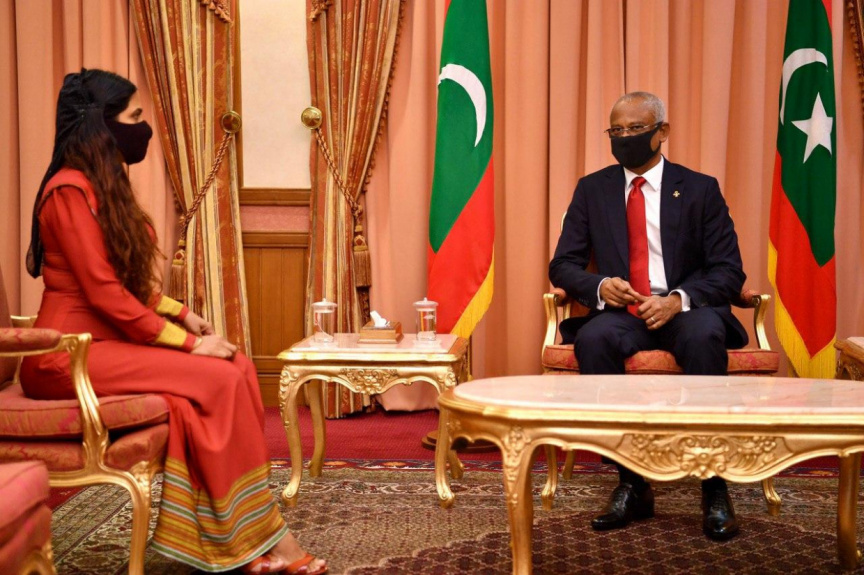 The Parliament approved Ana for the vacancy at BroadCom with the vote of 63 parliamentarians last week.

She was presented with her letter of appointment by President Solih in a ceremony held at the President’s Office on Sunday morning.

Prior to her appointment Ana worked as the Senior Editor at VMedia.

Ana has completed several trainings in journalism, and is the recipient of two awards from the Maldives Media Council (MMC) celebrating excellence in journalism.

Zeena faces an impeachment motion initiated against her by the Parliament’s Independent Institutions Committee.