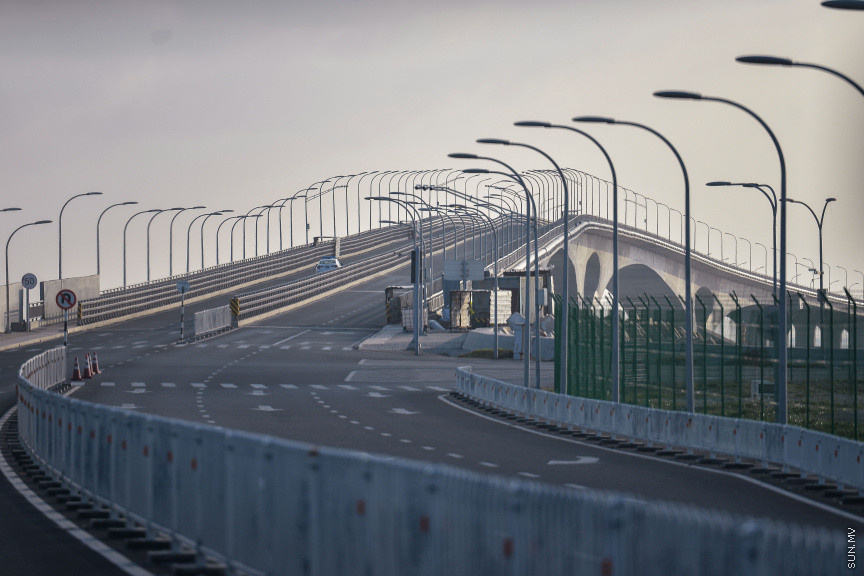 Maldives Police Service, on Saturday, rescued a man who jumped off the Sinamale’ Bridge in the capital.

According to the police, the agency received report of a person jumping off the bridge at 03:46 pm this Saturday.

The jumper has been identified by the police as a 31-year-old Indian male.

The man was rescued by a team of police officers who attended the scene on a speedboat, and has been taken to the Indhira Gandhi Memorial Hospital (IGMH) in Male’ City.

Sun has been informed the man had been a passenger on a taxi, who climbed out of the car after asking the driver to make a stop in the middle of the bridge.

IGMH confirmed it has taken in a patient rescued from the waters off the Sinamale’ Bridge.

The hospital has issued a statement announcing that the man is being treated as a near drowning patient, and does not have any visible injuries other than possible aspiration of water to the lungs.

The coronavirus pandemic has hit the Maldivian economy hard, affecting the employment status of thousands, locals and migrant workers alike. It has also led to a rise in mental and social issues.

'Mob at yoga event not a result of lack of officers'