Eclipse prayers to be performed tomorrow 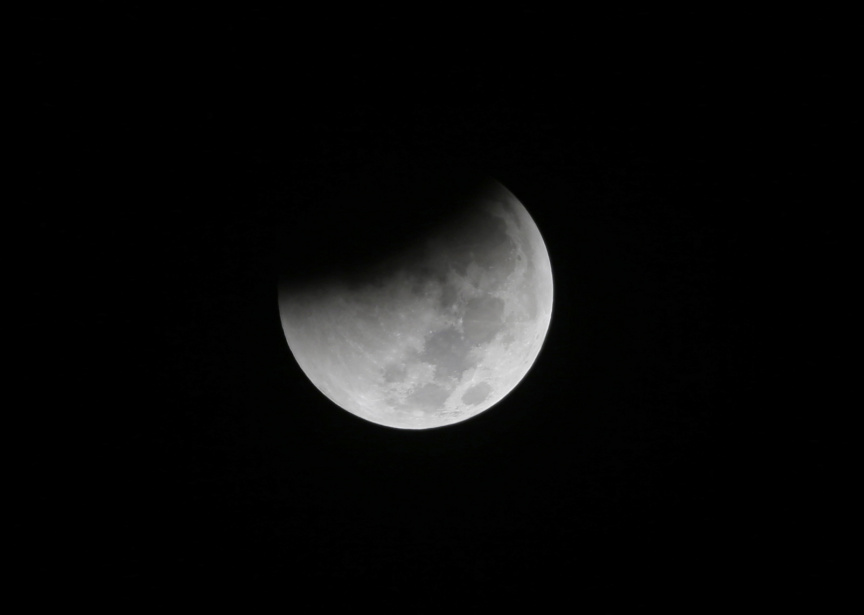 In this Saturday Aug. 28, 2018 file photo, Earth starts to cast its shadow on the moon during a complete lunar eclipse seen from Jakarta, Indonesia. (AP Photo/Tatan Syuflana)

Islamic Ministry of Maldives has announced that Eclipse prayers will be performed in the Maldives due to an anticipated lunar eclipse at 22:45 tomorrow night.

The eclipse will be visible the most at 22:45 and will disappear around 00:24. The Ministry said that the penumbral lunar eclipse may be easily missed due to its faintness.

Islamic Ministry said that the Salat ul-Kusuf or the Eclipse prayers will be held in the main mosques of all islands permitted by the health authorities of the country at 00:15, June 6, 2020.

Collective prayers were halted in late March due to the COVID-19 pandemic. The Ministry recently permitted the performance of collective prayers with special arrangements and safety measures in most of the islands in the country.

However, seven islands in the country are still not permitted to perform congregational prayers due to COVID-19. They include the capital city Male’.

Islands where collective prayers are suspended for now:

Islamic Ministry said that it has now informed island councils of arrangements to be made for the prayers.

What are the eclipse prayers practiced by Muslims?

Although it is not a mandatory prayer (Wa’jib) it is an emphasized act of worship (Sunnah), since it was practiced by Prophet Muhammad (SAW).

What is a penumbral eclipse?

A penumbral lunar eclipse happens when the Sun, Earth, and the Moon are imperfectly aligned and the Earth blocks some of the Sun’s light from directly reaching the Moon with the outer part of its shadow.

This part is called the penumbra and thus comes the name penumbral lunar eclipse. Since the penumbra is much fainter than the dark core of the Earth’s shadow, a penumbral eclipse is hard to distinguish from the normal Full Moon.