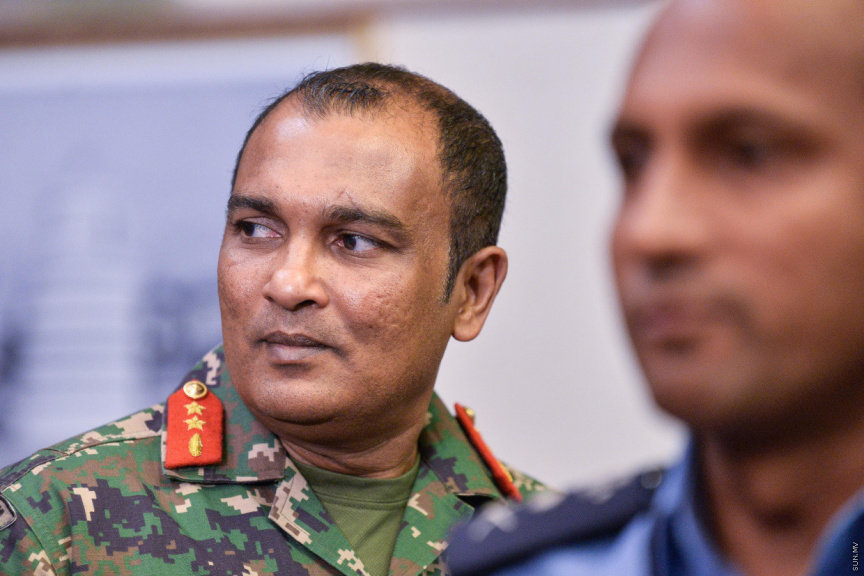 Chief of Defense Force, Maj. General Abdulla Shamaal has commended the MNDF for its operations and roles in the joint operations of institutions against COVID-19 in the Maldives.

A video issued by the Defense Force today, saw the Chief of Defense commend his officers for their tireless efforts all over the country. Maj. General Shamaal also stressed the importance of the army command centers across the country during these operations.

MNDF were behind the construction of the COVID-19 village in Hulhumale’, built to treat patients. The facility’s construction was also taken part by other state institutions as well.

Unfortunately, some MNDF officers even tested positive for the virus while working at the facility, after a massive cluster of the virus was identified at the location. The work of the facility was completed by the officers, who remained in lockdown at the location, despite being in direct contact of some positive cases.

“They said to us that they did not want to go into quarantine without completing the project, no matter what. So we worked by placing the entire location on lockdown.” Said the Chief.

He also stated that the Defense Force were ready to make any sacrifice for the sake of saving Maldivian citizens from the virus.

“We will make any sacrifice we can, to save Maldivians from COVID-19, god willing. The army will be working until the last man.” Said the Chief.