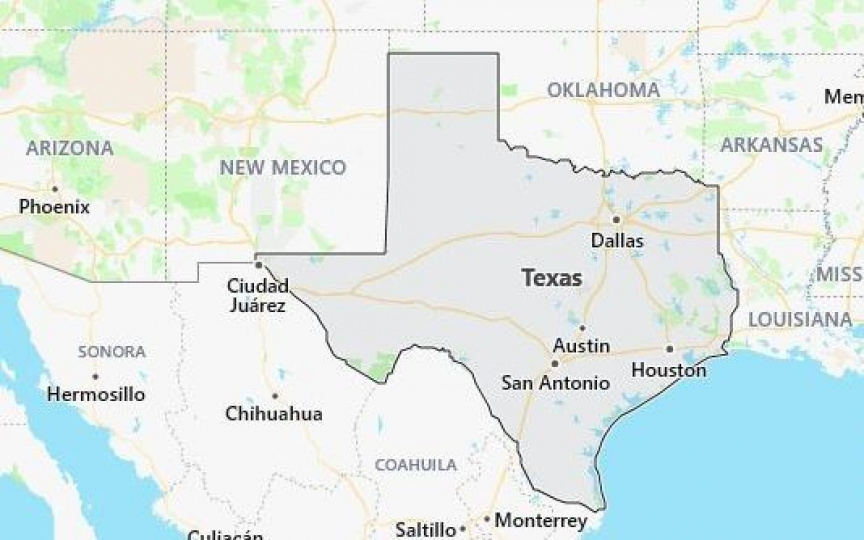 Photo shows a map of the state of Texas in the US, where the major and biggest cities of the state such as Dallas, San Antonio, Houston and Austin are identified (Photo/Countryaah.com)

DALLAS (AP) — A woman managed to go into labor and give birth alone in a Texas jail cell without any corrections officers noticing until after she had delivered the child, a sheriff’s official said Thursday.

The woman had the baby in a Fort Worth jail cell on May 17, according to Tarrant County Sheriff’s Office spokeswoman Lt. Jennifer Gabbert.

The woman “did not immediately disclose the birth, but the baby was soon discovered by a corrections officer” and both were taken to a hospital, Gabbert said. She could not immediately provide information about the health of the mother and child.

Jail staff knew the woman was pregnant and had been checking on her regularly, Gabbert said, without specifying the frequency of those checks or whether they knew her due date.

She declined to identify the mother and would not answer several questions about the birth including how the woman could have gone into labor and delivered a child without it coming to the guards’ attention. Jail staff don’t know how long the labor lasted “due to the mother not notifying corrections staff of the impending birth,” Gabbert said.

The sheriff’s internal affairs department is investigating the birth but there is no indication of wrongdoing by jail staff, Gabbert said.

The mother has been held in jail without bond since January on charges of assaulting a family member and injuring a child, elderly or disabled person, Gabbert said. The delivery was first reported by the Fort Worth Star-Telegram.

The jail has been fighting an outbreak of the new coronavirus among inmates and staff. Fort Worth police have erred against arresting those accused of some minor crimes to avoid spreading the virus to new inmates.

The child was born a few days before state inspectors informed Tarrant County Jail staff that they were not meeting minimum standards for checking on some inmates, according to Brandon Wood, executive director of the Texas Commission on Jail Standards.

The jail was sent a notice of non-compliance on May 21 after inspectors found staff was late to check on an inmate who died by suicide, Gabbert said. “We take this very seriously and the internal investigation is ongoing,” she said.

The jail submitted a plan to correct the issue and was re-certified six days later.