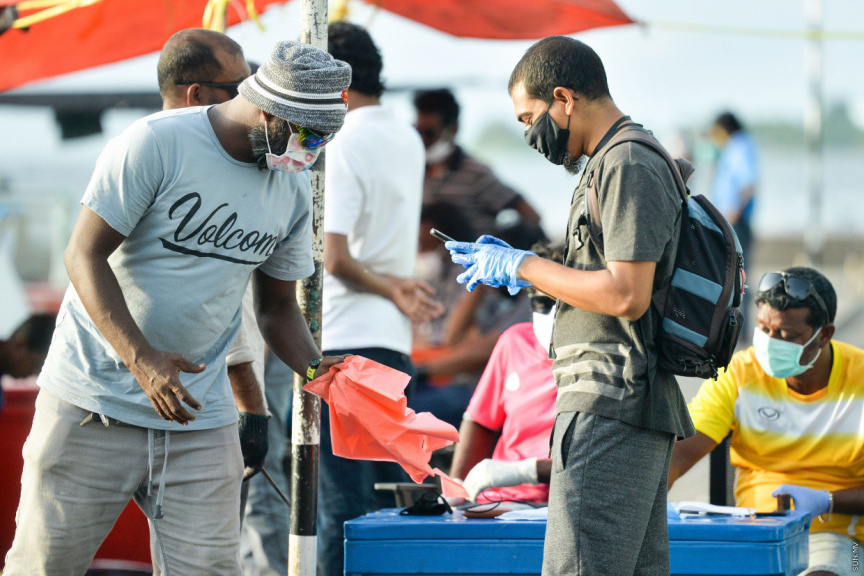 People wears masks to protect against the spread of COVID-19 in Male' marketplace. (Sun Photo/Fayaz Moosa)

Health Protection Agency (HPA) has announced that 58 individuals have tested positive for COVID-19.

The total figure for confirmed cases in the country currently stands at 1,274.

So far, the Maldives has recorded four deaths from the virus along with 104 recoveries.

The majority of the cases have been identified in the capital Male' City where the larger proportion of cases were identified among migrant workers.

The Maldivian authorities have stated that the situation with the virus in the country was now under control. Some restrictive measures are also being planned to be rolled back.

Authorities are now conducting serology tests to confirm whether there recovered cases of the virus which had gone unidentified in the Maldives.

The tests are being conducted mainly among migrant workers who are forced to live in inhumane conditions due to various reasons.

Antibody tests pick up cases which had gone undetected

NEOC was not consulted regarding Parliament sessions