President responds to criticism by saying virus measures are effective 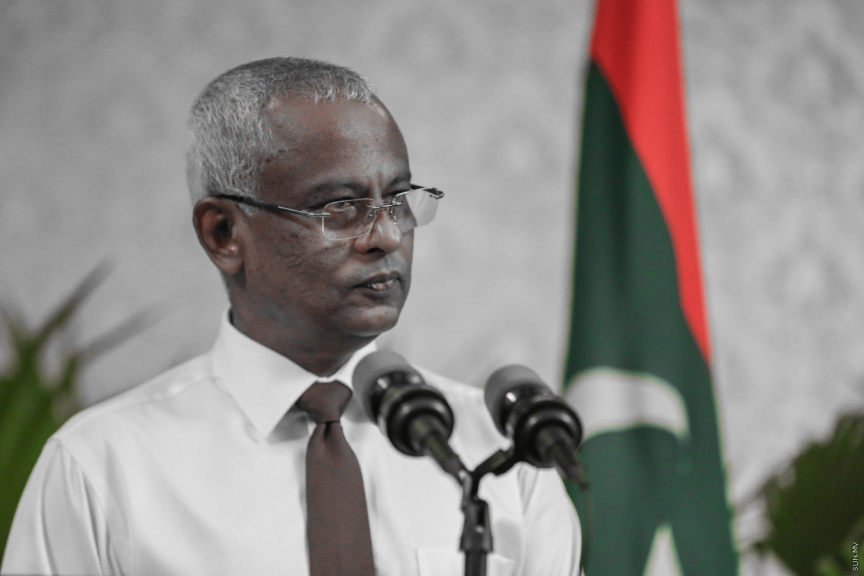 Despite the discontent posed to the government regarding the restrictive measures in the country, the results of the measures have proven to be good, said President Ibrahim Mohamed Solih.

The President was speaking in a televised address to the nation when he made the remark.

Some opposition political figures and even members of the governing MDP have expressed displeasure against the lockdown measures in place due to the COVID-19 pandemic.

Responding to these criticisms, President Solih said that the difficulties of not undertaking the steps that the Maldives had taken were clearly visible from some other countries of the world. The steps taken by the country has allowed the virus to be controlled immensely, said the President.

“There may be some who are not content with the measures. The steps, however, were taken for the safety of everyone. Other countries across the world had not taken similar steps when the virus began to spread. We can see the difficulties posed to these countries because of not undertaking these measures.” Said the President.

One of the main figures expressing discontent towards the measures of the government is the Speaker of the Parliament Mohamed Nasheed who is also the leader of the governing MDP. Nasheed had expressed displeasure at the fact that many locals were left stranded in the capital due to the lockdown.

The procedure for such individuals by the government involves them completing a 14-day quarantine period in a government-designated facility before being allowed to return to their residential islands. The government had done so in a bid to prevent the virus from spreading to other islands which could prove to be detrimental for the country if it happens.

MPs have stated that such returnees have to be quarantined in their residential islands to which the government has objected by stating that it was not the safe option.

President Solih stated it would be more strenuous to control and fight the virus if it spreads in another island of the country for both the government and the residents of these islands.

Moreover, the President had also announced during the address that some of the restrictions on the capital would be repealed phase by phase.

President Solih stated that today marked exactly one month and five days since the virus began to spread in the Maldives. He added that the country had strengthened itself in treating virus patients and identifying their contacts.

Male’ City first confirmed a positive case of the virus on April 15. The current lockdown on the capital is set to expire on May 28