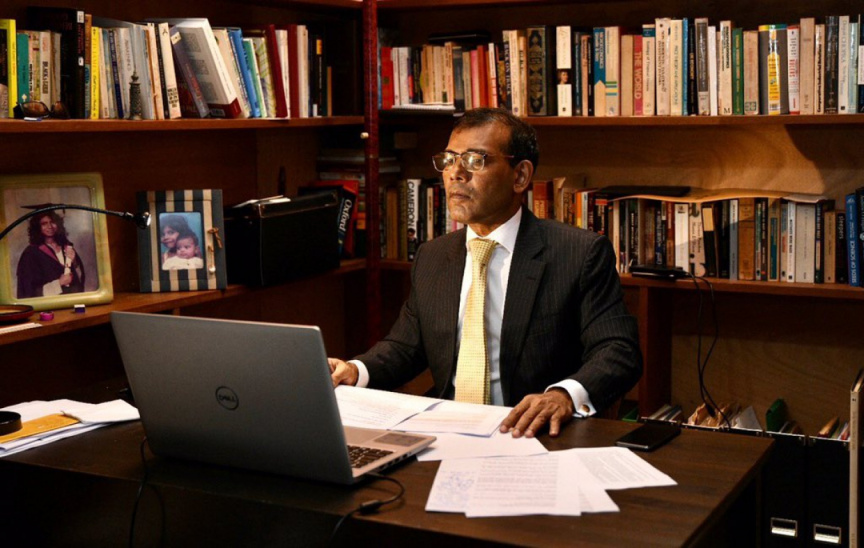 Speaker of the Maldivian Parliament Mohamed Nasheed has called on larger nations to open their borders for small island nations.

Nasheed stated that this was the time for larger and richer nations to assist other countries.

Speaking in a tourism webinar of Commonwealth Enterprises and Investment Council today, Nasheed stated that 80 percent of the citizen’s lives in small island nations depended on the tourism and travel industry.

He stated that it was not a solution for larger and richer nations to harshly close off their borders to smaller nations. He called to repeal the restrictive measures on travel across the world that have seen borders of nations close is due to the COVID-19 pandemic.

“There is no respite to any country by closing their borders and imposing lockdowns which may seem like the most important step to stay safe from COVID-19.” Said Nasheed.

He also noted that the economic impact upon the Maldives could not be fully resolved from the foreign aid and funds from the nation’s reserve before pointing out that tourism accounted for 70 percent of the Maldivian GDP. The closure of resorts and the halt of tourist arrivals would have such an impact that cannot be foreseen, said Nasheed.

“Before we faced this, we had a very normal reserve. We maintained ourselves with that reserve for one or two months. Aid was also received from neighboring India and other friendly nations as well as financial institutions. However, this cannot fill the void completely.” Said Nasheed.

He also added that the standstill of the tourism industry had affected the employees of the industry the most.

“Most of those working in the industry have migrated from different regions. They were forced to leave the resorts and return back to their islands. Jobs were lost. A nice picture cannot come out of this no matter how hard it is attempted.” Said Nasheed.

Nasheed also stated that despite the government saying that a sense of new normal should be followed in the country, he was only aware of one normal.

“We are all humans. We have to shake hands with each other. “I am not aware of any other normal other than “Normal”. The more thoughts about the new normal, the more difficult it is to recommence the industries.” Said Nasheed.

Other than the speaker, Tourism Minister Ali Waheed also took part in the webinar held today.