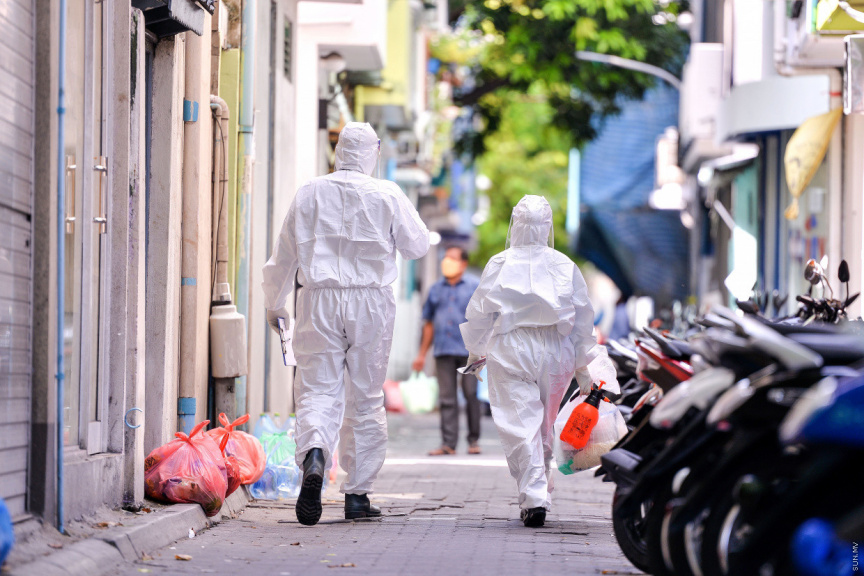 The additional cases include five Maldivians and one individual from Bangladesh and India each. The total number of cases in the Maldives has now increased to 1090.

The agency also confirmed five cases a short while ago. The five cases are four Bangladeshi nationals and one Sri Lankan national. The total number of cases confirmed in the Maldives for today currently stands at 12.

59 people have made recoveries after testing positive for the virus while four have died from complications.

The capital Male’ City remains the epicenter of the COVID-19 outbreak in the Maldives, contributing to over 1,000 of the total infections.

The Greater Male’ Region has been under lockdown since April 15, when the capital identified its first infection.

The Maldives has also imposed a nationwide ban on all non-essential travel, closed schools, and government offices, and has ordered a temporary ban on mass gatherings in mosques in an effort to control the spread of the disease.

Health authorities project a significant surge in virus cases by the end of May.