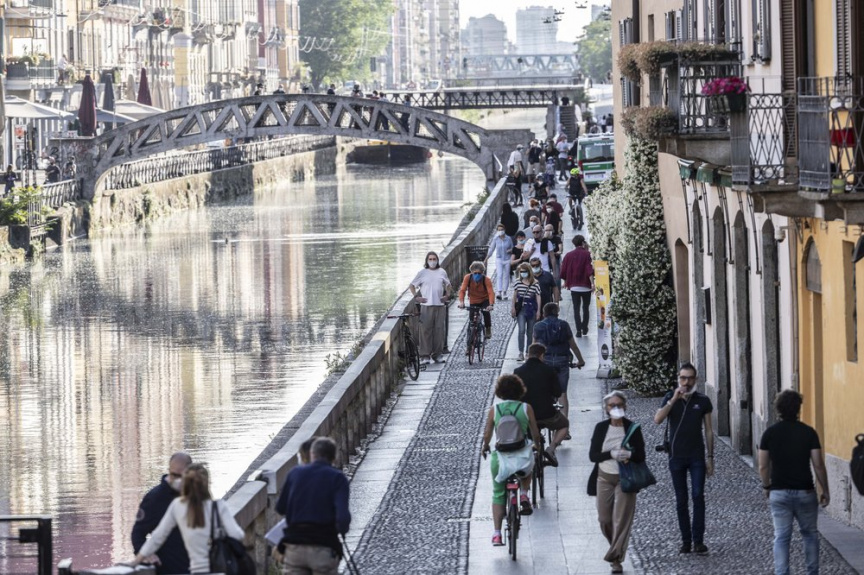 ROME — The Italian government is easing travel restrictions imposed due to the coronavirus pandemic, allowing people to move freely inside the region where they live as of Monday, and between regions starting June 3.

The government decree announced early Saturday also permits international travel to and from Italy from June 3.

Italy imposed nationwide lockdown rules in early March after it became the first country outside Asia with a major outbreak of coronavirus. More than 31,000 people have died, leaving Italy with the highest death toll after the United States and Britain. But the government led by Premier Giuseppe Conte has gradually reopened the country as the rates of infections and deaths have fallen.

Social distancing rules are being implemented in the sectors of the economy that have reopened, including factories and some businesses. Schools remain closed and crowds are not permitted, though people will be allowed to attend Mass in churches with some restrictions starting next week.