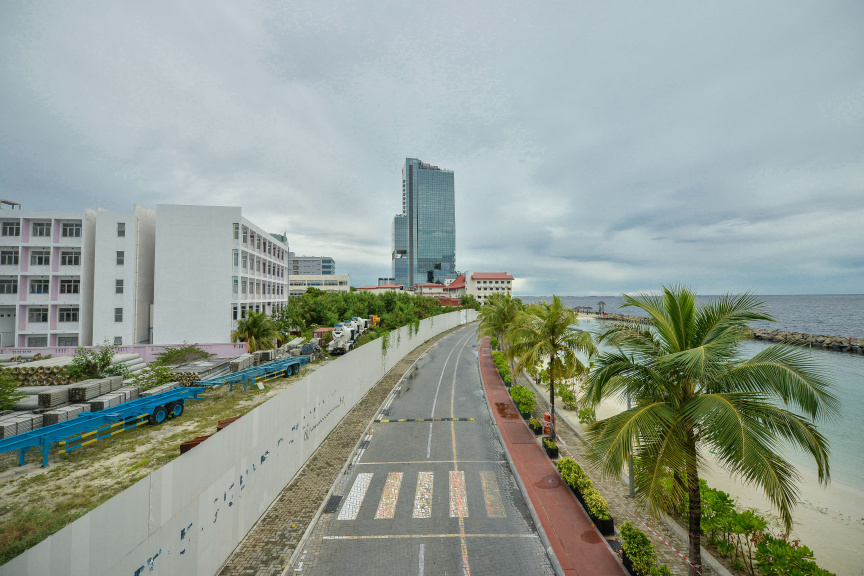 An empty road of Male' City near the Rasfannu beach area is photographed empty as the city undergoes a nation-wide lockdown. The city was placed under curfew due to the first case of COVID-19 from the city testing positive on April 15, 2020. (Sun Photo/Fayaz Moosa)

Health Protection Agency (HPA) has announced the confirmation of 38 cases of COVID-19 in the Maldives.

The total for the entire country currently stands at 1020. The confirmed cases today include 29 Maldivians, 8 Bangladeshis, and 1 Nepali national. The announced 38 cases include the 14 confirmed yesterday.

Other than Male’ City, cases have been reported in the following islands

A state of Public Health Emergency has been announced in the capital since March 12. The capital was first placed under a full curfew and lockdown on April 15, when a community case of COVID-19 was identified in the city.

The Maldives has confirmed four deaths in connection with the virus. Recoveries stand at 46.