New Zealand has no new cases for 2nd day 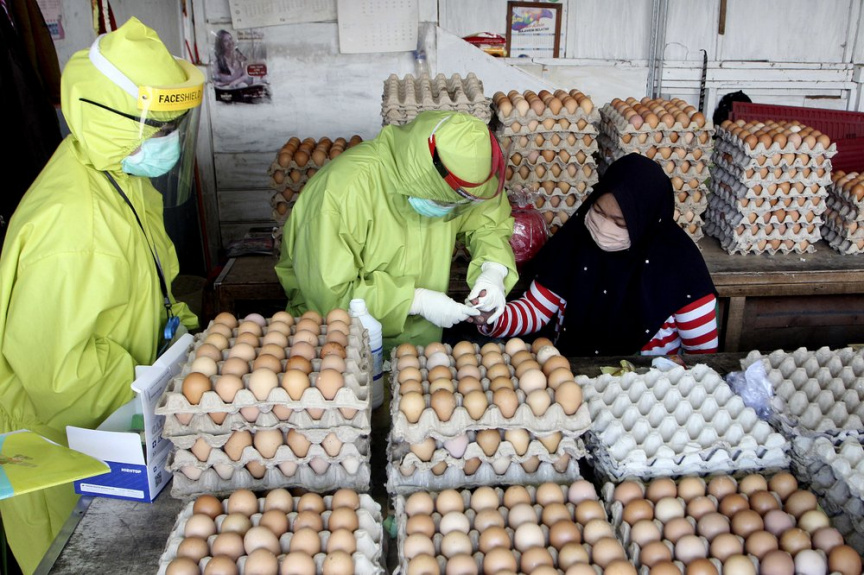 Health workers collect a blood sample from an egg vendor to be tested for the new coronavirus during a mass testing at a market in Makassar, South Sulawesi, Indonesia, Tuesday, May 12, 2020. (AP Photo/Masyudi S. Firmansyah)

BANGKOK (AP) — New Zealand reported zero new cases of the coronavirus on Wednesday, the second day in a row without any new cases and the fourth day since early last week.

Director-General of Health Ashley Bloomfield said it was encouraging news as the country prepares to ease many of its lockdown restrictions from midnight. Most businesses, including malls, retail stores and sit-down restaurants, will be able to reopen. Social distancing rules will remain in place and gatherings will be limited to 10 people.

“The sense of anticipation is both palpable and understandable,” Bloomfield said.

The lifting of restrictions will coincide with the release of the government’s annual budget on Thursday.

Prime Minister Jacinda Ardern said the country faced the most challenging economic conditions since the Great Depression because of the virus.

“New Zealand is about to enter a very tough winter,” she said. “But every winter eventually is followed by spring, and if we make the right choices we can get New Zealanders back to work and our economy moving quickly again.”

In other developments around the Asia-Pacific region:

— EASED RULES MAINTAINED, FOR NOW: South Korea has no immediate plans to return to strict social distancing rules after a spike in coronavirus cases. Vice Health Minister Kim Gang-lip told reporters the government needs more time to analyze details of recent outbreaks before determining whether to change the guidelines. Daily cases had dropped into single digits but spiked to around 30 each day recently. School reopenings have been delayed, and nightclubs in the Seoul area closed temporarily after cases spiked. South Korea’s 26 new cases reported released Wednesday by the Korea Centers for Disease Control and Prevention brought the national tally to 10,962 with 259 deaths.

— 7 NEW CASES IN CHINA: China on Wednesday announced seven new cases of the coronavirus, six of them in the northeastern province of Jilin where authorities have raised alert levels and suspended rail connections to one county where a cluster of unknown origin has been growing. China has reported a total of 4,633 deaths among 82,926 cases. On Tuesday, Chinese media reported the government is preparing to test all Wuhan residents, the central industrial city of 11 million people where the virus was first detected late last year.

Mexico No. 3 in virus deaths; storm could hinder US