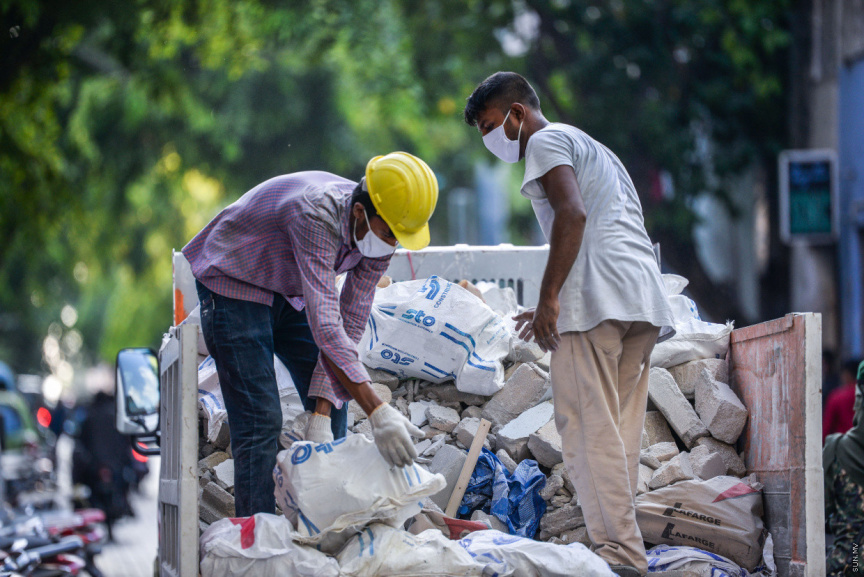 Migrant workers wear face masks as they load construction waste on to a truck on March 22, 2020. (Sun Photo/Fayaz Moosa)

Health Protection Agency (HPA) has announced that seven more individuals have tested positive for COVID-19 in the Maldives.

The seven new cases announced by the authorities include three Bangladeshi nationals, two Maldivians, and two Indian nationals. The total number of cases in the Maldives has now reached 904.

So far the country has recorded just three deaths with 31 recoveries.

The majority of the cases have been identified in the capital Male' City where the first case was confirmed on April 15. The city is in full lockdown and curfew as cases keep on increasing.

Positive cases have also been identified in several islands in the northern region of the country. In order to stop the spread, authorities have implemented travel restrictions across the nation as well.