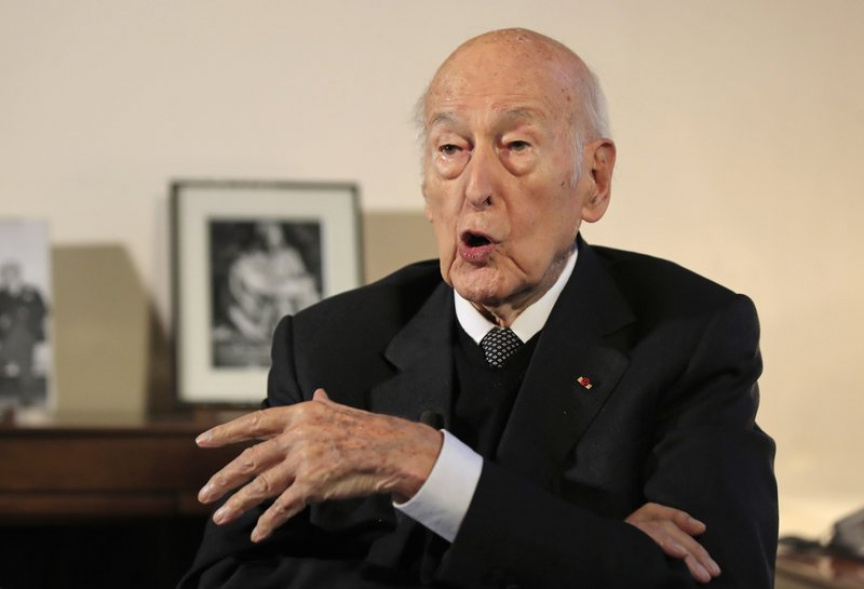 In this Jan. 30, 2020 file photo, former French President Valery Giscard d'Estaing gestures as he speaks during an interview with the Associated Press in Paris. (AP Photo/Michel Euler, File)

PARIS (AP) — The public prosecutor’s office in Paris said Monday that it has opened a preliminary investigation of a sexual assault accusation against 94-year-old former French President Valéry Giscard d’Estaing.

The probe involves a German journalist’s allegation that Giscard sexually assaulted her during a 2018 interview, the prosecutor’s office said.

The journalist has asserted that Giscard grabbed her buttocks three times and that she tried to push his hand away, according to reports by French daily newspaper Le Monde and German daily Suddeutsche Zeitung.

German broadcaster WDR, the news outlet for which the December 2018 interview was conducted, previously reported that it had investigated the misconduct accusation.

Giscard’s French lawyer said last week that the former French leader “retains no memory” of the alleged incident. Giscard was president of France during 1974-1981.