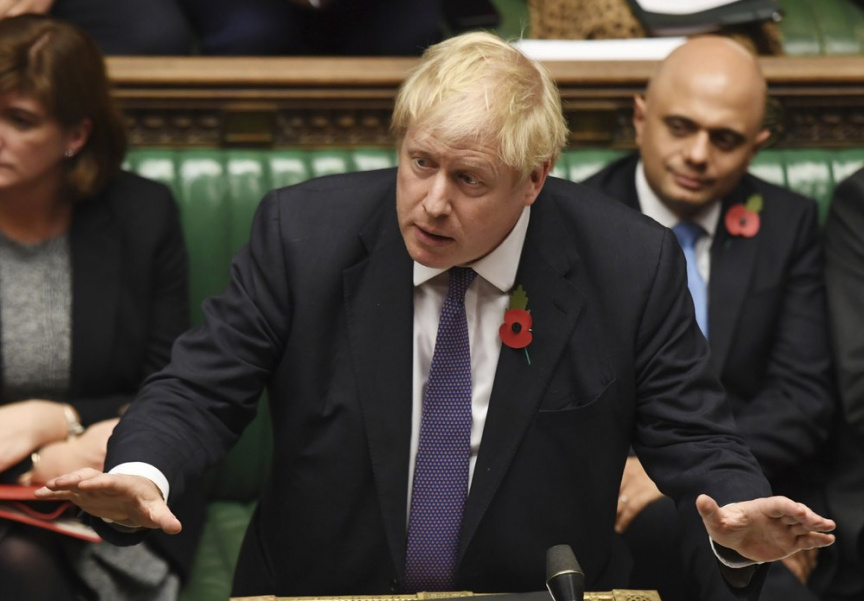 Britain's Prime Minister Boris Johnson speaks to lawmakers during the election debate in the House of Commons, London, Monday Oct. 28, 2019. Lawmakers on Monday rejected Johnson's call for a December national election, in the hope of breaking the political deadlock over Brexit. (Jessica Taylor/House of Commons via AP)

UK Prime Minister Boris Johnson addressed the nation today regarding the situation with COVID-19 in the country.

In his address, the PM announced that an alert system for the virus is set to be established in the country before stating that the time to end the lockdown on the country was still yet to come.

The PM says it is "not the time to simply end the lockdown this week". He added that people should be actively encouraged to go to work if they cannot work from home on the condition that they avoid public transport

From Wednesday onwards, people in England can take "unlimited exercise", including sitting in local parks or driving to destinations for exercise, says the PM.

The PM also stated that schools could reopen on June 1. Parts of the hospitality industry and more shops could also open from July, depending on data regarding the spread of the virus. He added that arrivals into the country by air will still be put in quarantine before firmly saying that he “will not hesitate to put on the brakes” if there are further outbreaks of the virus in the country.

The UK has confirmed more than 219,000 cases of the virus in addition to 31,000 deaths. It is also one of the hardest-hit nations due to the virus.