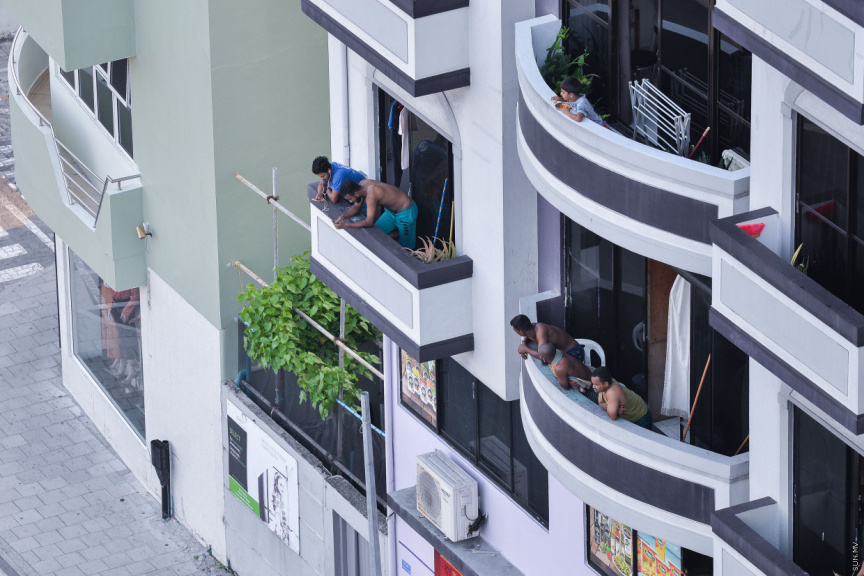 Discussions are underway to see whether a rent moratorium could be issued during the lockdown period, Economic Minister Fayyaz Ismail has said.

Responding to a question by Sun in a press conference today, Minister Fayyaz admitted that most of the residents in the capital Male’ City were rent payers. He added that only a few have been dealt with a situation where they are unable to afford rent.

The Minister then added that most of the landlords in the capital were not mistreating their tenants.

“In percentage, we have noticed that only a few cases of eviction have occurred. From the numbers reported to us.” Said Minister Fayyaz.

Many individuals have seen their income sources dry up due to the epidemic situation of COVID-19 in the Maldives. This has led to a reduction of spending power and in some cases failure to pay rent. 11 such cases of eviction have so far been reported to the authorities, who have advised against such actions of eviction.

Calls have also been amplified for a rent moratorium to be instilled in the country. Minister Fayyaz gave a green light for this when he stated that the government was considering such a moratorium. Discussions were currently underway with the Attorney General regarding this, says Minister Fayyaz.

“Our hope is that this won’t take too long and if we decide to go for it, then a decision would be made through the parliament.” Said Minister Fayyaz.

Calls against such evictions have also run out from within the parliament. MP for Maavashu Ahmed Saeed has even proposed a bill for the purpose. However, the bill was rejected by the Parliament upon the basis that it could negatively impact the income and finances of the government. The bill is most likely to be resubmitted after being revised.